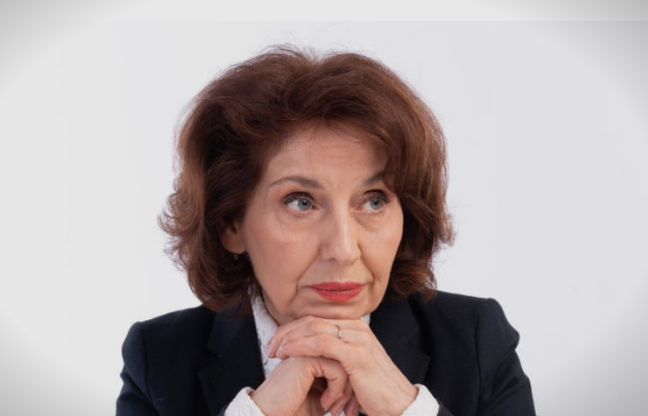 The post of the President of the Republic is not a substitute for the Government. This Government will pay a high price for its inability, failure to work, indolence, corruption scandals, nepotism and everything else that has gone unnoticed due to international community praises for the Prespa Agreement, presidential candidate Gordana Siljanovska Davkova said in an interview with the Bulgarian “Dnevnik“.

Working for allegedly approaching the EU, the government has moved away from the Copenhagen criteria and undermined the confidence of citizens in the institutions. My call to the citizens is that now they should decide whether they have the confidence to give all the positions and absolute power in the state to this government, or they will start punishing it for its incapacity and irresponsibility. If I am elected as a representative of the opposition, it will be the beginning of the end of SDSM’s government. Parliamentary elections would take place during my term, she says.

Siljanovska Davkova says that this government has long been delegitimized and says that if Macedonia were a democratic state, Zoran Zaev would resign immediately after the failure of the referendum.

In the meantime, every day there are scandals, affairs of nepotism and cronyism, the construction mafia occupies the public space, the government has no answer for any essential question. One cannot live off the Prespa agreement, it is not edible, it does not bring income – but it brings frustration. Too bad that Zaev did not have the courage to call parliamentary and presidential elections at the same time, but now we will strip him of his power step by step. My victory will be a strong message and will restore hope among Macedonian citizens that changes are possible, she stressed.

Regarding her promise of constitutional reform, in the interview with the Bulgarian “Dnevnik”, she says she has no ambitions to grab more powers for the president.

I see constitutional changes in the direction of ensuring a stable and functional democracy. Macedonia should be more of parliamentary democracy, and less a consortium of two ethnic elites. We need a revision of the system of separation of powers to remove the “gray zones” and the possibility of political irresponsibility. I know very well that the country needs, and I plan to consult with the academic community and the civil society, but also with foreign experts. The president can only submit a proposal for changing the Constitution, but the Constitution is adopted by the Parliament. So, broad support from all political factors is needed. Nothing I promise is done overnight and with a magic wand; the country is in such a deep crisis that it will take a lot of patience, knowledge and work. I am an opponent of the strengthening of presidential functions in the style of France, she said.

Siljanovska Davkova believes that all open issues should be resolved as statesmen, and not as politicians who want to earn quick points among citizens.

Bulgaria is a member of the EU and NATO, but we are following your path. We want the friendship to deepen, but we also expect appropriate assistance to walk that path. My priority will be to improve relations with Bulgaria, not only by strengthening economic ties but also the cultural, sports, academic and interpersonal ones. We are close peoples and it is natural to cooperate and to understand ourselves well. So far, more importance has been given to the relations of the highest state officials and the agreements of the elites of both countries, but I believe in developing contacts in all spheres and at all levels. In that direction, I was surprised by Mr. Kovacev’s post on Facebook. I believe that all open issues should be resolved as statesmen, and not as politicians who want to earn quick points among citizens, she said.