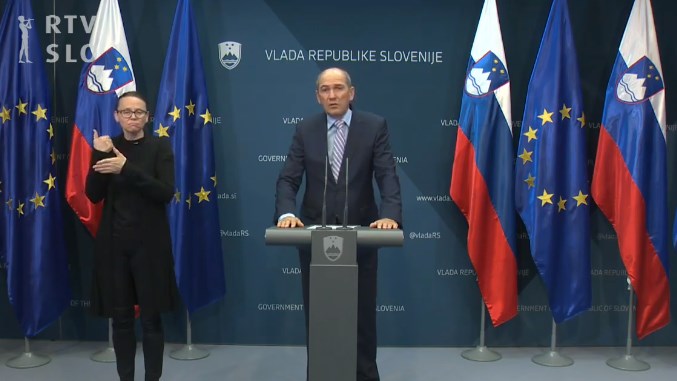 Slovenia is preparing a mega rescue package named the Corona Law, which will provide three billion EUR to prop up the economy in the expected economic downturn.

Prime Minister Janez Jansa said that it will provide 700 EUR in assistance to self-employed citizens whose jobs evaporate, 150 EUR to students, and bonuses to those with children. Retirees with low monthly pensions will 300 EUR in bonuses and those whose pensions are over 600 EUR will receive 230 more.

We’ve never adopted a similar law in Slovenia. These measures will save people, save the economy and our lives, Jansa said.

Companies will be exempt from paying taxes on the salaries of the employees they are forced to stay in their homes. Workers whose jobs are hazardous will receive bonuses of between 10 and 200 percent of their salaries, while public sector managers will see 30 percent cuts.
Jansa said that he is preparing a second such package that would cover every sector of the economy.