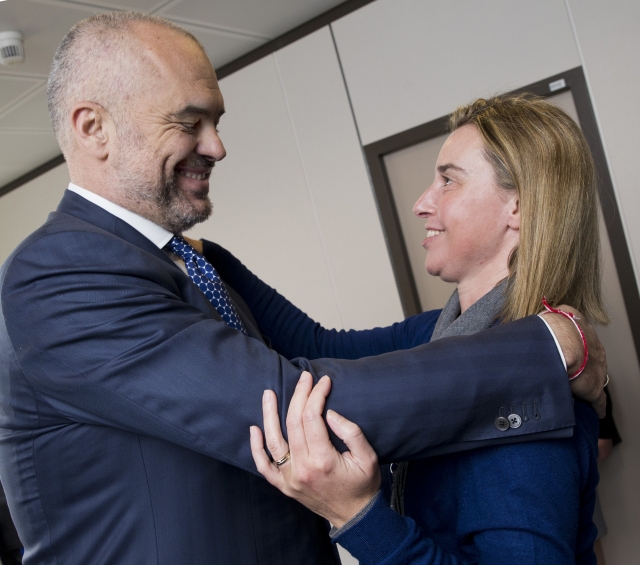 Chasing after any kind of solution for the Kosovo – Serbia dispute, Mogherini endorsed the proposal of border changes between the two countries, to make them both more ethnically homogeneous. The proposal won some support in D.C., and was endorsed by the two Presidents, Aleksandar Vucic and Hashim Thaci, but was eventually overruled, with strong opposition from Germany.

In my experience, Mogherini defended European principles in the Balkans until a year ago, and it was understood by her that all six Western Balkan countries, including Kosovo, should become EU member states. But, in the last year she entered into adventures which violated European principles, which could’ve plunged the Balkans into a war. I don’t understand why she did that, Tahiri told the Zeri newspaper.

The prank call with Zoran Zaev leaked on Monday reveals that the Macedonian Prime Minister himself is seriously worried about the possibility of redrawing borders in the Balkans. Zaev kept citing examples where this precedent could be applied such as Abkhazia or Northern Cyprus, but left unsaid was the fear that such a move will lead to similar calls with regard to Macedonia.