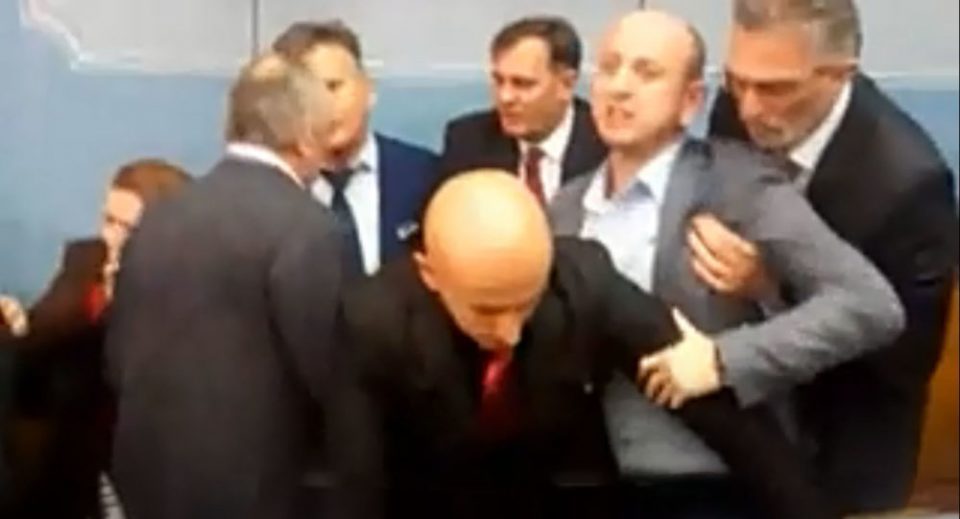 Incidents occurred in the Parliament of Montenegro yesterday, when a law that could lead to the seizure of churches owned by the Serbian Orthodox Church was adopted.

The opposition pro-Serbian Democratic Front protested before the vote, and a large security detail was sent in to remove them from the Parliament. The law was then adopted, as protests and vigils were held across the country. Police was out in force yesterday evening to keep major highways and intersections open, as ethnic Serbian protesters rallied against the move by the Government.

French ambassador in Sofia: Without Bulgarians in the Constitution, Macedonia will not join the EU