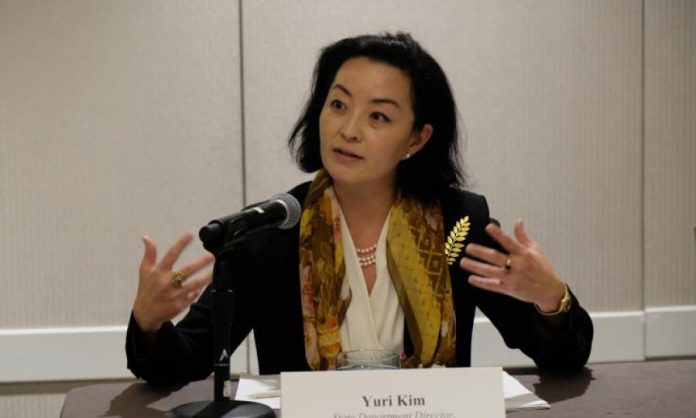 President Donald J. Trump announced his intent to nominate Yuri Kim of Guam, to be Ambassador Extraordinary and Plenipotentiary to the Republic of Albania, The White House informed.

Ms. Kim is a career member of the Senior Foreign Service, class of Counselor, and has served in the Department of State as the Director of the Office of Southern European Affairs.  Previously, she was the Director of the State Department’s Center for the Study of Diplomacy, Chief of Staff to the Deputy Secretary of State, and Director of the Office of European Security and Political-Military Affairs.  She has also served as Special Assistant to the Assistant Secretary of State for East Asian and Pacific Affairs and as a member of the United States delegation to the Six-Party Talks to end North Korea’s nuclear program.  She also served as the Political Counselor at the United States Embassy in Baghdad, Iraq, and then at the United States Embassy in Ankara, Turkey.  Ms. Kim earned a B.A. from the University of Pennsylvania and an M.Phil. from Cambridge University.  She speaks Korean, Chinese (Mandarin), Japanese, and Turkish.

VMRO-DPMNE asks: Is Vice Zaev behind the burning vehicles in Lisice?

Is Vice Zaev active in Skopje as well? Is Vice Zaev, the brother of Zoran Zaev, for whom we heard that he was giving directions whose vehicle to be set on fire, the person who ordered the burning of vehicles in Skopje?, VMRO-DPMNE said on Sunday, asking if new mafia calculations were taking place. Skopje...
Macedonia 09.08.20 | 19:32