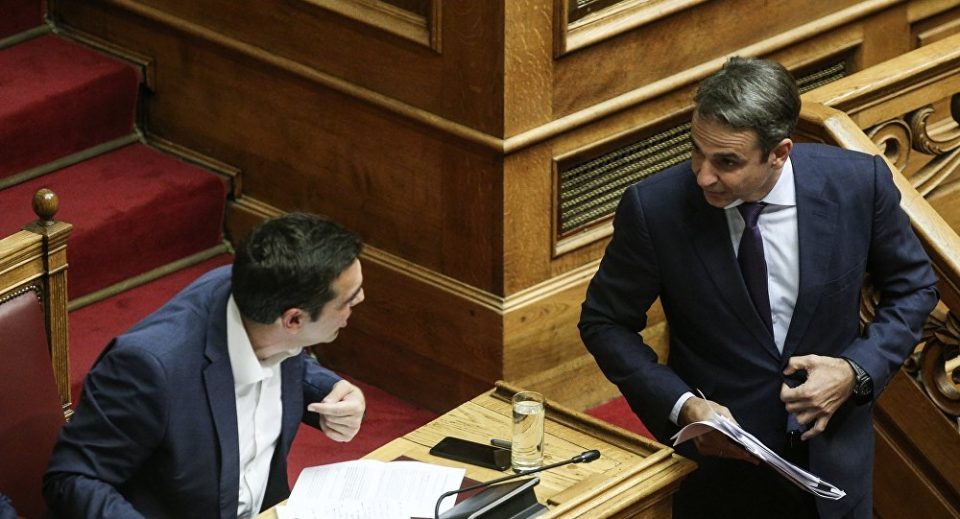 Former Greek Prime Minister and now leader of the opposition SYRIZA Alexis Tsipras, while discussing new asylum law in the Greek Parliament, speaking on national issues, also referred to the Prespa Agreement, saying they are proud of the solution between the two countries and at the same time criticized the incumbent Greek Prime Minister Kyriakos Mitsotakis over the agreement, MIA correspondent in Athens reported.

Yes, we are proud of this agreement because today Greek planes are overseeing the airspace of North Macedonia, not the Turkish ones, as it would have been if we had not taken this historic step. We are proud to have defended the patriotic interest as judged by the majority in Parliament at that time. We are proud that even today, when the neighboring country is in a difficult situation, we are the ones taking initiatives in favor of stability in the neighboring country, while the Greek Government at the Summit observed Denmark and the Netherlands dealing with the Western Balkans, Tsipras said.

The SYRIZA leader added that they are also proud to now see that MPs from the ruling party are trying to persuade Mitsotakis, one by one, to disregard and not wish for the prospect of “the like-minded nationalists in the neighboring country to win”.

Because then, your leader will beg the VMRO leader not to accidentally reject the agreement we signed, said the former Greek prime minister.

VMRO-DPMNE is holding Friday a car protest against the mafia for justice and freedoms. The protest will start at 12h at two gathering points in Skopje and finish at the Parliament building. Then, the protest with car convoys will continue from Skopje to Stip through the highway Goce Delcev,...
Macedonia 23.10.20 | 12:30