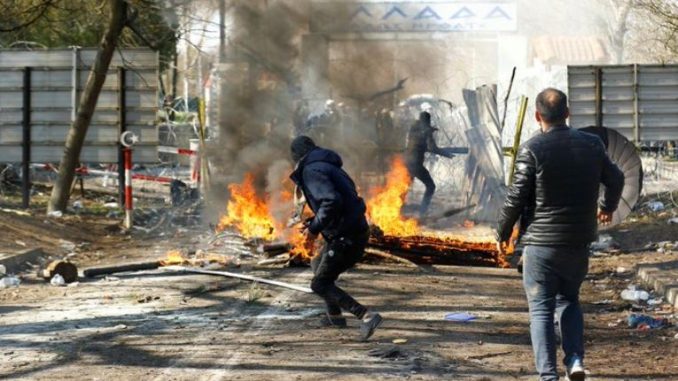 Turkish Foreign Minister Mevlut Cavusoglu said that Turkey has no obligation to stop the migrants any more, but that Greece must treat the coming asylum seekers humanely, as human beings. “They lecture us on human rights, but they shamelessly use tear gas against the thousands of innocents at their gates”, Cavusoglu said.

Greece and Bulgaria are attempting to police the border with Turkey as Turkish forces gave up on the agreement with the European Union to control the flow of migrants from the Middle East into Europe, after three dozens of Turkish soldiers were killed in an attack in Idlib.

Up along the Balkan route, countries like Hungary and Austria have announced they are reinforcing their border security in anticipation that Greece may be overrun. Austrian Chancellor Sebastian Kurz said that if the external EU borders – Greece and Bulgaria – fail to hold the flood of migrants, Austria will be prepared to protect its border. He offered to send additional police forces to Greece and Bulgaria.