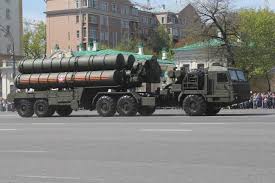 The rockets are installed as the new US Ambassador David Satterfield arrived in Turkey, and mere days from the anniversary of the 2016 failed coup against President Erdogan. Turkey blames the United States for harboring the alleged coup organizer Fethullah Gulen, and this has soured relations between the two countries, which are among the main NATO allies.

The US put on hold its plans to deliver the agreed F-35 aircraft to Turkey, fearful that the S-400 system will glean valuable information about its stealth characteristics and provide them to Russia.