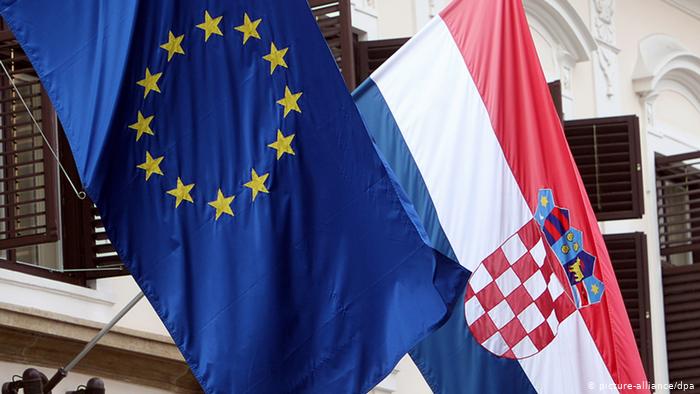 Croatia takes over the rotating presidency of the European Union on 1 January. The Croatian government will follow the Finnish presidency and pass it on to Germany in July 2020. The slogan of the Croatian presidency is “A strong Europe in a challenging world”, the V4 news agency reported.

Since its admission to the EU in 2013, this is the first time for Croatia to take over the bloc’s six-month rotating chairmanship. It’s a particular challenge for the country as Britain’s departure from the bloc is to begin under the its presidency.

The Croatian government finalised its agenda at the end of December using the slogan “A strong Europe in a challenging world,” with a view to promoting a balanced, sustainable and inclusive growth in the EU.

Zagreb considers it a priority to pursue an effective and credible enlargement policy aimed at consolidating stability and security on the European continent.

The Croatian presidency’s website highlights some of the country’s goals, saying “uneven economic development, climate changes, increased migrations, the spread of misinformation and growing populism are some of the challenges of today’s world, and our citizens rightfully expect solutions to them. These solutions can only be provided by a strong Europe. Our unity is our greatest strength.”

On 7 January, Prime Minister Andrej Plenkovic will visit Paris to hold discussions with French President Emmanuel Macron. European Council President Charles Michel is scheduled to arrive in Zagreb two days later, and the European Commission will convene in Zagreb on 10 January. On 14 January, PM Plenkovic is to present the Croatian presidency’s program to the European Parliament, and he’s expected to meet German Chancellor Angela Merkel in Berlin two days later.