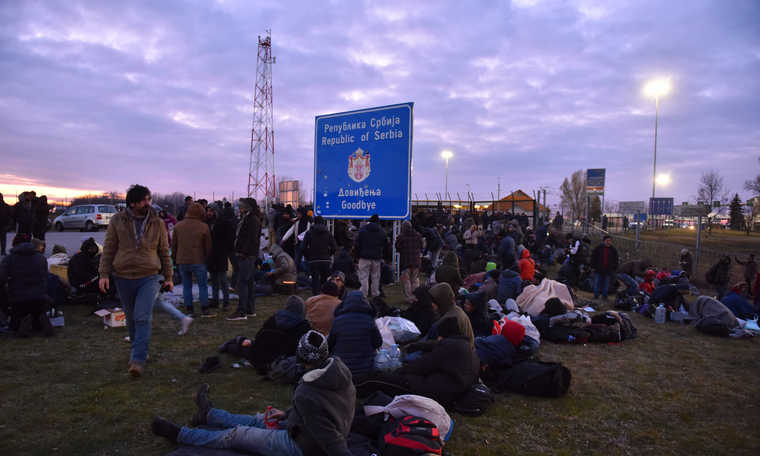 Several hundred migrants have gathered on the Serbian side of the Hungary-Serbia border in a bid to enter Hungary, a Hungarian public television correspondent reports from the border on Thursday afternoon.

Migrants have been organising their plans for weeks in closed groups on social media, a news correspondent from the scene reports. Television footage shows a caravan of migrants with bags and packs, marching in smaller groups. Serb authorities did not hold the migrants up at the crossing point and they were allowed to pass without documents being checked. The procession has been halted for the time being by the physical barrier at Hungary’s border, the V4 news agency reported.

The Hungarian public television correspondent also said that according to their original plans, the migrants had intended to gather in Subotica in the evening and set out for the border crossing at Tompa at dawn on Friday. However, plans changed after more than three hundred migrants gathered in the woods near Subotica on Wednesday evening.