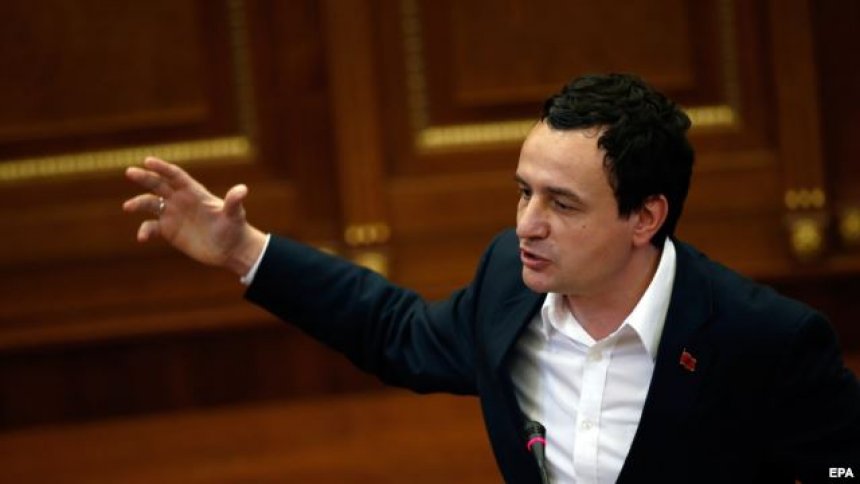 “He is a politician in favour of Greater Albania endorsed by Soros,” an Albanian portal described Vetevendosje party’s founding president Albin Kurti, known for his radical statements. Vetevendosje (Self-determination) won the elections held over the weekend while only 11.63 percent of the votes were cast in favour of the coalition formed by outgoing Prime Minister Ramush Haradinaj, V4 news agency reported.

With 95.88 percent of the ballots counted by Monday morning, 25.79 percent of the votes were garnered by the ultra-nationalist, extreme left-wing Vetevendosje. 25.05 percent voted in favour of former Prime Minister Isa Mustafa’s party Democratic League of Kosovo (LDK) while the Democratic Party of Kosovo (PDK) was third with 21.15 percent, the Kosovan portal  kosovapress.com reports.

Kosovo’s saviour is Ramush Haradinaj, it is not Albin Kurti, who is an ally of Soros, an Albanian news outlet cited Kosovan jurist Atlin Goxhaj’s Facebook post. Goxhaj says Albin Kurti “speaks for Soros” in the Balkans and is striving to establish Greater Albania, the Albanian portal cna.al  writes.

The assumption of the portal seems to be bolstered by the fact that Albin Kurti has been portrayed as a hero in all the television and media propaganda for years and it has been concealed that the politician is in fact one of Soros’s “weapons” in the Balkans.

The electoral coalition of outgoing Prime Minister Ramush Haradinaj suffered a defeat in the early parliamentary elections with only 11.63 percent of the votes, and the coalition formed around Foreign Minister Behgjet Pacolli’s party fared even worse as they did not reach the threshold with 4.92 percents of the ballots.

The constitution of Kosovo prescribes a hundred seats for Albanians, and grants 10 mandates to Serbs and 10 to other ethnic groups. The Belgrade-backed Srpska Lista party received over 90 percent of the Serb minority votes, thus the representatives of this party can take all ten seats reserved for the Serbs.