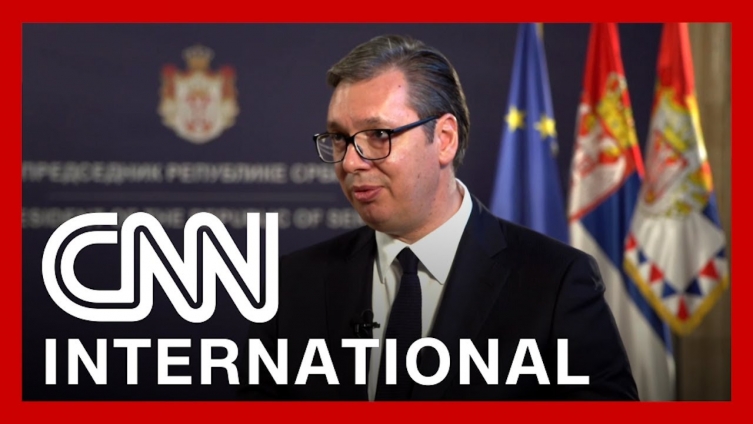 Serbia’s President Aleksandar Vucic told CNN on Wednesday that his country did not take the vaccination as a geopolitical but rather an issue of saving lives.

During CNN’s Fred Pleitgenr report from Belgrade about the „country that offers free vaccine shots to foreigners,“ Vucic said he was happy that Serbia was successful and reiterated it procured vaccine from all over the world.

„You can get the American, European, Russian or Chinese vaccine; it’s up to you to choose,“ he said.

Asked about the immunisation of people from the region, Vucic said he was happy if his country could help someone from Macedonia, Montenegro or Bosnia and Herzegovina.

„It’s our region, we live next to each other, and if we can be helpful to them, great, and if they can help us, we thank them. That shows we are looking into the future without going to the past,“ Vucic added.

He told CNN that Serbia would have enough shots despite vaccinating foreigners and invited Pleitgner to get shot in Belgrade if he hadn’t done it yet.

Before a short interview with Vucic, CNN described Serbia as „a regional vaccination hub, as it has so much vaccine, it’s even offering free shots to foreigners.“

No vaccine proved more reliable than the others, Minister Filipce says