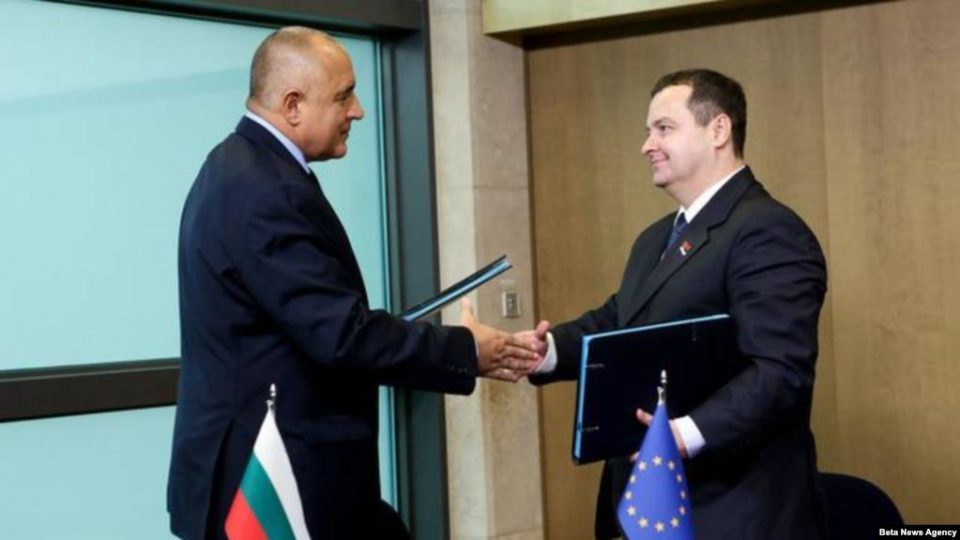 The war of words between Serbia and Bulgaria over Kosovo continued to escalate, with Bulgarian Prime Minister Boyko Borisov demanded a public apology from Serbian Foreign Minister Ivica Dacic and told Serbia it will not join the EU until it recognizes Kosovo.

Dacic summoned our ambassador to tell him that my behavior is unacceptable. Now he will see unacceptable behavior. Until he apologizes to me, I don’t care what Aleksandar Vucic or Ana Brnabic say, Borisov said, adding that the Serbian Minister was prepared to apologize to him in a private conversation, but refused to do so publicly.

Dacic was highly critical of Borisov, after Borisov asked that incoming EU foreign policy chief Josep Borrell to change his position on Kosovo and to recognize its independence. Spain is one of the five countries who refused to recognize Kosovo fearing it would leave a precedent for Catalonia, and Borrell, as a very anti-secession Catalan politician, is expected to bring this position as he moves to Brussels.

Borisov underlined that Serbia needs to recognize Kosovo as independent if it wants to join the European Union. This earned Borisov the gratitude of the Kosovan authorities, but also the ire of Serbian politicians.