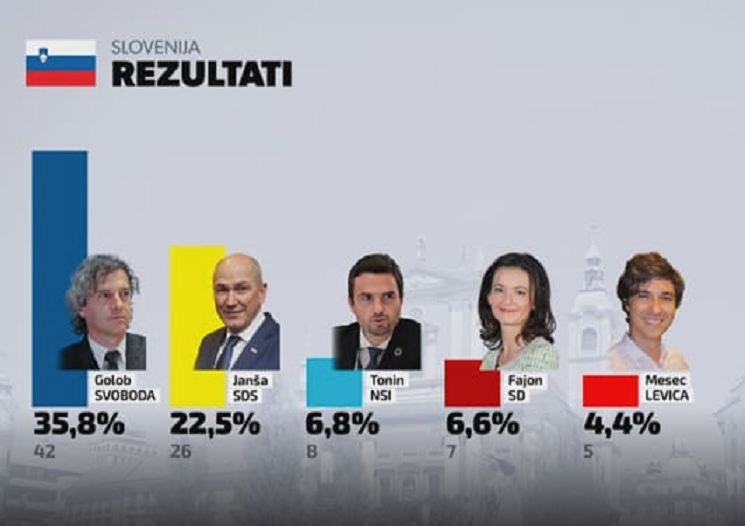 In Sunday’s parliamentary elections in Slovenia, the Freedom Movement party led by Robert Golob received most of the votes, 35.8 per cent, followed by Janez Jansa’s Slovenian Democratic Party with 22.5 per cent and Nova Slovenia with 6.8 per cent.

In the 2016 elections, Janez Jansa won a relative majority with his party, but failed to form a government due to a lack of coalition partners. At the time, the left-wing coalition government was formed by Marjan Sharec, although he had twice as few members of parliament as Jansa’s 26. However, Sharec’s government fell two years later and was succeeded by the current Jansa.