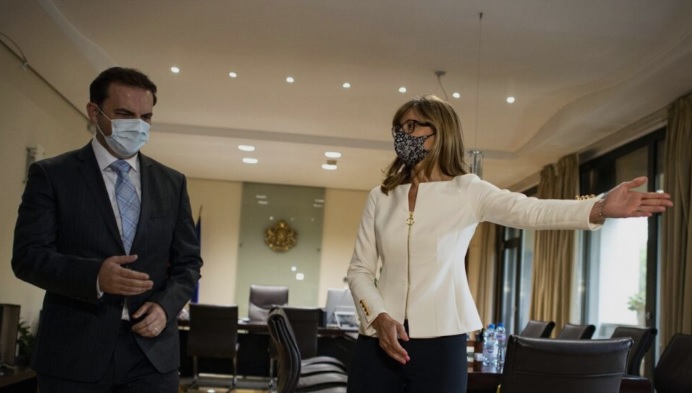 The Bulgarian diplomacy cannot afford to pursue a policy of denigration of another country, which, unfortunately, we see pursued by Skopje. We are a member of the European Union, Bulgaria’s Deputy Prime Minister and Minister of Foreign Affairs, Ekaterina Zakharieva, told BNT on Tuesday.

The Republic of Macedonia will have a place in the EU when it’s ready. Bulgaria considers that at the moment it’s not ready, she said.

According to BGNES, Bulgaria continues to support EU enlargement. According to Zakharieva, the authorities in Skopje misjudged that Bulgaria could be “pressured” and change its position.

She advises the country not to give up the first difficulty they face on the road – the approval of the negotiating framework.

VMRO-DPMNE: Zaev to say by evening what he is negotiating secretly in Sofia, otherwise tomorrow we will block the Government and the Ministry of Foreign Affairs