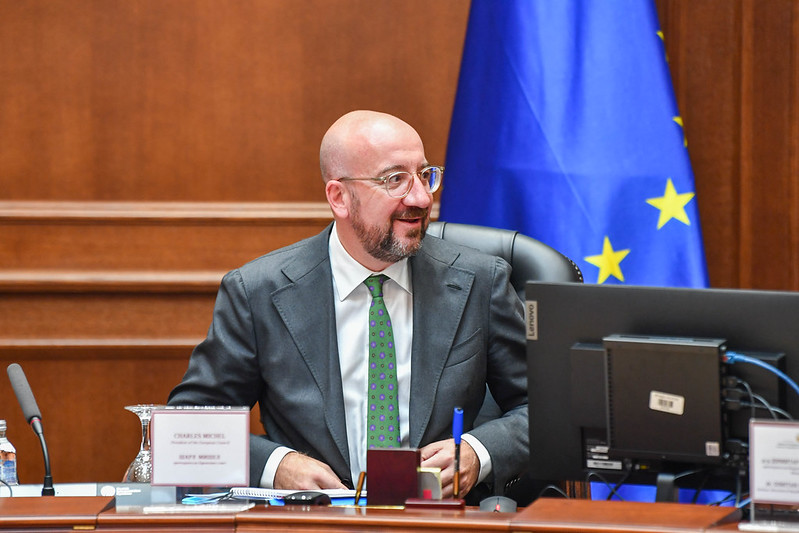 It is very important to be calm and composed and allow political debate. As your friend, I hope you will not miss this opportunity to take a step towards the future, the President of the European Council, Charles Michel said in an interview with Sitel TV.

He stated that on behalf of the 27 member countries, he should explain what the essence of this proposal is.

A few days ago we succeeded, the political will on the part of the EU to put an offer on the table was demonstrated. I do not see this as a perfect proposal, but at the European level we cannot make improvisations. Nobody can get 100 percent of what they want to get from the European side, Michel said.

He emphasized that the protocol was not included in the negotiating framework, and the fact that they respect the Macedonian language, as he said, speaks for itself as a very important signal that all European legislation will be translated into the Macedonian language. EC President Michel, as he said, has the impression that there is misinformation being spread about the agreement itself, and there are also experts who clarify that the language would be put in danger, but this was not the case, on the contrary.

This is not a take it or leave it situation because the proposal is the basis and not the final version. We need to carefully listen to the proposals of the authorities and I sincerely hope that there will be a positive decision and this is the only opportunity and I believe that if there is a decision that will not be “yes” we will wait a very long time to come up with another new proposal, Michel, told TV Sitel.

I doubt, he added, that any future proposal would be very different from this one.