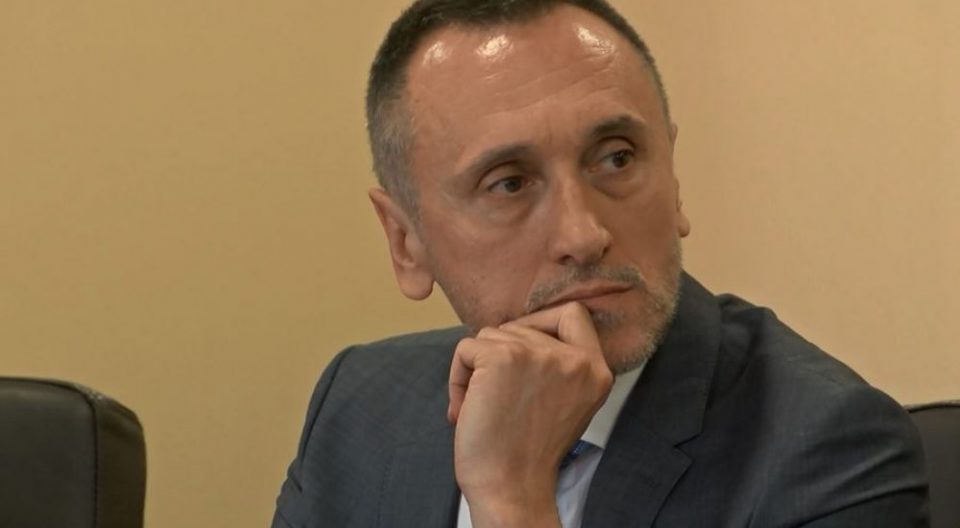 The Anti-Corruption Commission announced it is stopping its investigation into Erold Musliu, the head of the AR intelligence agency that operates under the jurisdiction of President Stevo Pendarovski.
Musl okiu was suspected of several instances of corrupt links with an NGO group he is affiliated with. The Nexus NGO is registered at his home address and is contracted on a number of projects awarded by office holders from the ruling SDSM party. Musliu also hired a Nexus employee as his adviser in the agency.
Biljana Ivanovska, the head of the DKSK anti-corruption watchdog, said that she investigated Musliu extensively and concluded that DKSK will not purpose criminal charges against him, but will only purpose changes in the law governing the activities of the intelligence agency that would name Musliu’s actions a crime in the future.

In 2019 DKSK received an anonymous report that Musliu is acting in a way that benefits himself and that he also represents a risk for revealing state secrets from the earlier time he held a position in the agency. We worked long on this issue, as it covers a holder of a sensitive office. The legal framework is not sufficiently clear and the attempts to clear up some of the issues raised here with the collective contract for agency employees have failed, Ivanovska said.

Musliu a confidant of the powerful SDSM Vice President Mohamed Zekiri. His appointment led to a rift with the DUI party, which said that Musliu is using the agency for political attacks against them.
musliuriskar

Pendarovski defends his intelligence chief as approved by the West, Zaev says he won’t get involved