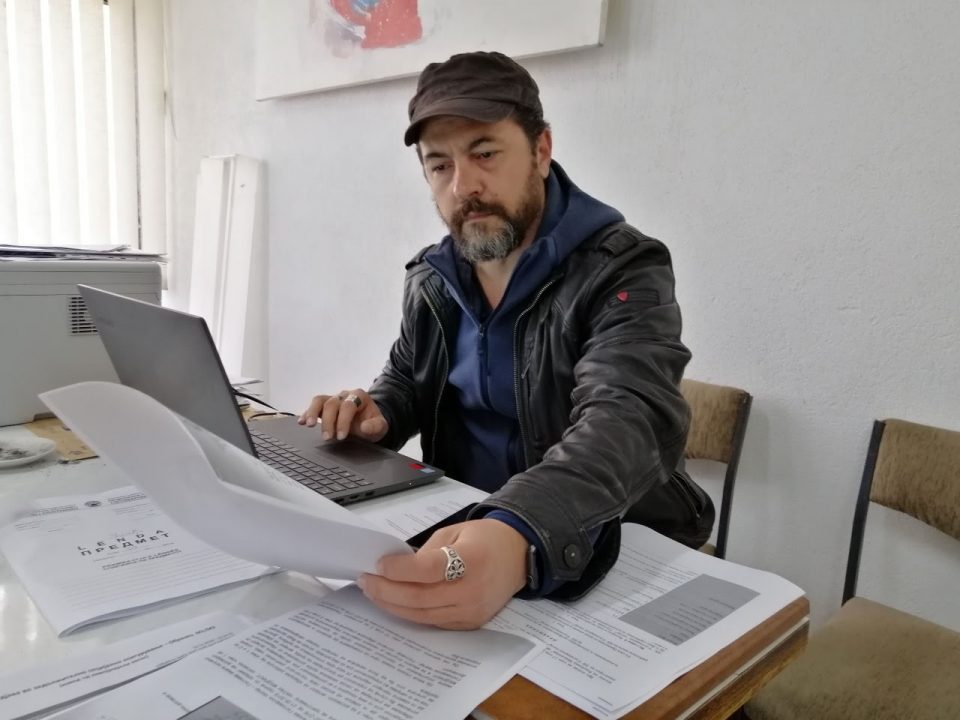 Visar Viska, the Colored Revolution activist who was appointed acting director of the Gostivar theater, called the police on two actors after an incident erupted during a rehearsal. The actors claim that they were part of the play, but Viska removed them.

We came for the rehearsal, but we were led out by police, with handcuffs. Allegedly for obstructing the work of the others. We demanded to hear from the director Viska why have we been removed from the play which was being prepared since April. We want our rights, we want to be back into the team, said Argent Hasani, one of the removed actors.

The other actor who was removed by the police, Berat Saliu, was head of the Gostivar theater before Viska’s appointment, and he insists that this, and politics, are what’s driving Viska’s actions.
On his part, Viska confirmed that he was the one who called the police, and claims that the actors were obstructive.

They had prevented rehearsals from taking pace and demanded that we remove the play director Sulejman Rusiti. We decided to replace them so we can continue preparing the play. They would not respect the discipline in the theater and skipped rehearsals, Viska insists.

Impassioned plea for unity between Macedonians and Albanians

Elementary school teacher from Gostivar (54) arrested after assaulting a pupil