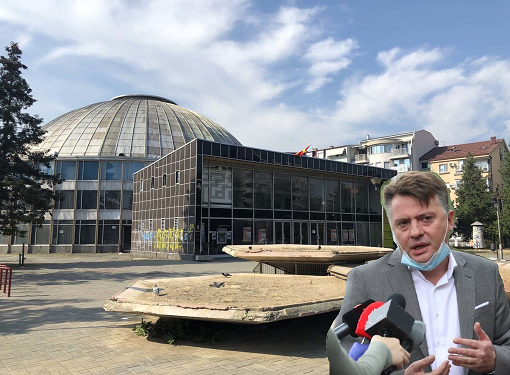 Skopje Mayor Danela Arsovska accused the ruling SDSM party of politicizing institutions and architect associations in an attempt to defend her predecessor Petre Silegov and his botched project to reconstruct the Universal concert hall.

We can’t allow a facility where the safety of workers is not guaranteed, let along of future guests, to stand. Work continues only in the segments where safety is ensured. It is not proper that the entire central Government is involved in trying to cover up the failures of the previous city management, Arsovska said during a TV interview.

She said that the iconic concert hall built after the devastating 1963 earthquake will eventually be finished, but with a project that will guarantee safety.