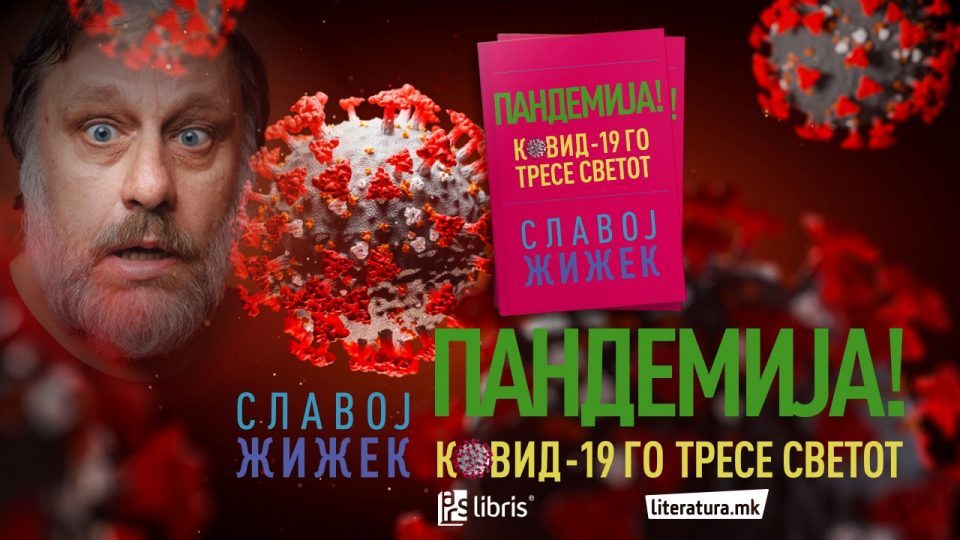 Ars Libris will hold a book launch for the Macedonian translation of Pandemic!: Covid-19 Shakes the World by Slovenian political philosopher Slavoj Žižek online at 7 pm.

The publishing house’s Filip Vidinovski will interview Žižek on how current events are going to change the world and the global economy, organizers say in a press release.

Described as a Marxist, Hegelian and Lacanian philosopher–provocateur with an idiosyncratic sense of humor, Žižek has written on topics “from Hegel to Batman […] to differences in the design of toilet bowls across European countries,” the release adds.

Slavoj Žižek (b. 1949, Ljubljana) is the author of a great number of books, including Tarrying With The Negative: Kant, Hegel And The Critique Of Ideology (Durham: Duke University Press, 1993), Looking Awry: an Introduction to Jacques Lacan through Popular Culture (Cambridge, Mass.: MIT Press, 1991), and For They Know Not What They Do: Enjoyment As A Political Factor (London; New York: Verso, 1991).

Children greatly affected by socio-economic consequences from the pandemic