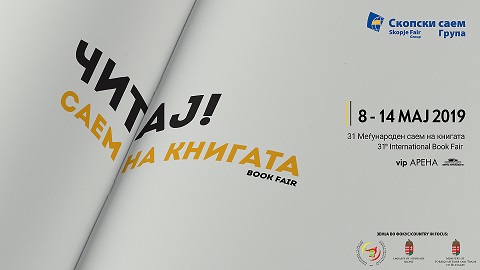 Macedonian renowned author Bozhin Pavlovski will meet Friday at noon with readers at the 31st International Book Fair to present and sign copies of his latest novel.

The novel is centered around the life story of a protagonist who calls himself Epileptico, according to Matica publishing house.

“Some would experience this work as a love story, some as fierce controversy in fiery times, others as social drama, and others yet as a romanized autobiography, but no reader would be left unmoved,” Matica commented on Pavlovski’s latest work.

In addition, Melbourne’s Griffin Press and АЕА publishers recently released Pavlovski’s novels “Neighbouring the Owl” and “A Novel for My Departure”, translated by Elena Ciavarella and edited by Bradley Dawson. These two novels, alongside the previous twelve novels by Pavlovski, would have their digital edition for the global publisher Kindle Book by the end of May.

Bozhin Pavlovski, born in Zhvan, 1942, is a Macedonian-Australian novelist. He lives and works in Skopje and in Melbourne. He has authored 22 novels, and received multiple national and international awards and recognitions, including the “11 October” lifetime achievement award. His works have been translated into more than twenty languages.