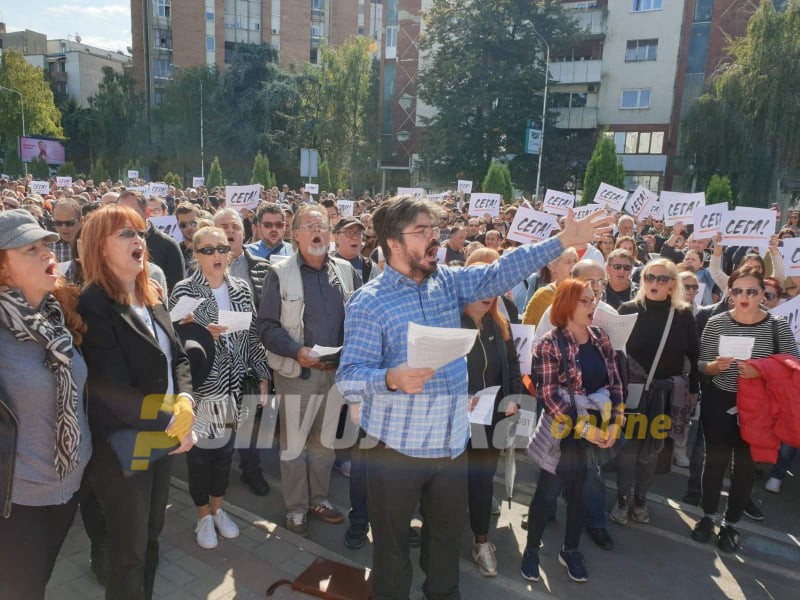 The SKRM union of employees in public cultural institutions protested in front of the Macedonian Government building today, to demanding a return to collective bargaining.

Protesters sang the Jewish Choir from Nabucco in front of the Government, before detailing their demands.

For 14 years we’ve been left without collective bargaining rights, without clear rules in hiring and promotion and without just reimbursement for our work, without proper healthcare and workplace safety conditions, SKRM said. 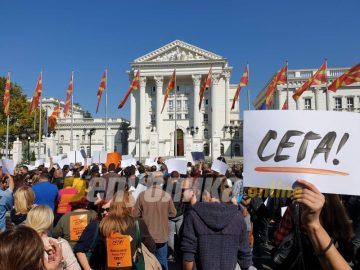 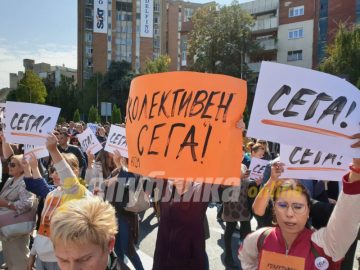 The Culture Ministry said it is working on a new culture law as well as on collective bargaining. The union includes employees in a number of state run cultural institutions, such as the Macedonian opera, the philharmonic orchestra, a number of theaters…

This makes SKRM the third union to protest against the Government, as the 2020 elections draw near. The SONK union of public sector teachers held a warning strike on the first day of school and threatens to resume protests, while the police union blocked roads across Skopje last week.