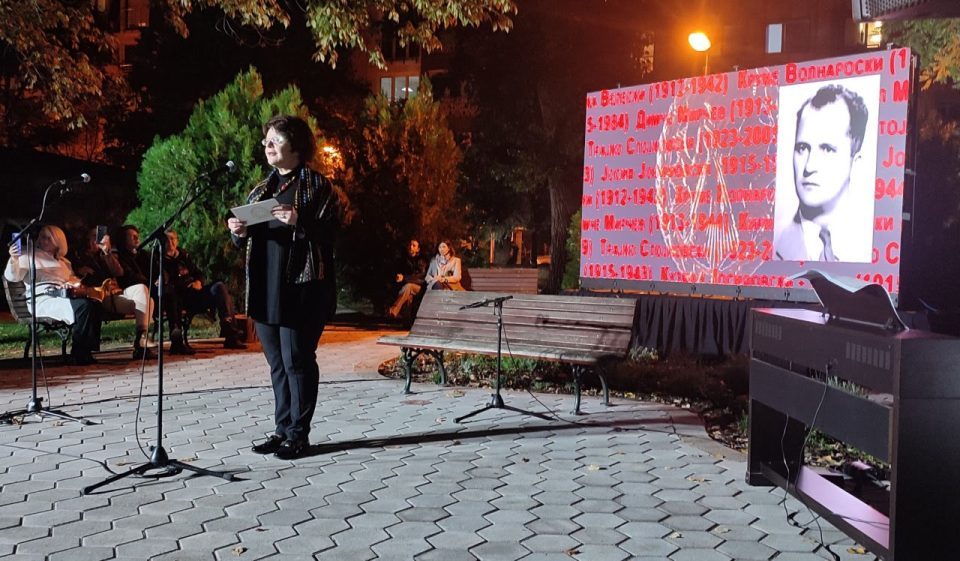 Culture Minister Irena Stefoska opened the event dedicated to the writers, poets, painters and other artists who were inspired by the partisan movement in the Second World War. At a time when the Zaev regime is preparing the Macedonian public for major concessions to Bulgaria on national identity issues, Stefoska sounded a hard position.

I bow to all the artists who joined the National Liberation Anti-Fascist Struggle, and with that, wrote their pain and anger and joy in the glorious partisan odyssey. I welcome the actors present here from the unique and educational Macedonian film “Shot”, a movie inspired by the true events of the Bulgarian Fascist occupation. To those who couldn’t be here, I wish long life and good health. They are our witnesses, our teachers, Stefoska said, using the term “Bulgarian Fascist occupiers” that Zaev wants to remove from the public discourse.