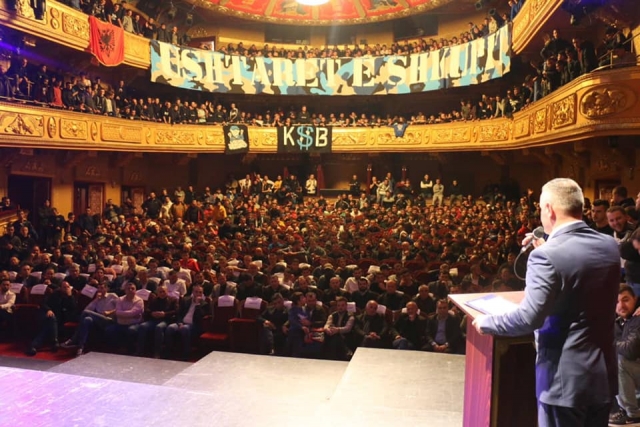 The Ministry of Culture said that the Directorate of the Macedonian National Theater (MNT) did not know that Shkupi fans would come and demolish the theater on Friday.

We believe that conduct in institutions should be as required by codes of conduct in a cultural institution. Two events were announced in MNT for Friday, marking of the Albanian Alphabet Day and a screening of a documentary, but the MNT Directorate was not informed about the presence of the football group at all, the Ministry of Culture said in a press release.

The Ministry of Culture allowed Friday night’s celebration of the Shkupi fans in MNT.

The Shverceri football group filmed themselves as they are jumping all over the theater, howling and shouting nationalist chants, while announcers are trying to get on with the program.