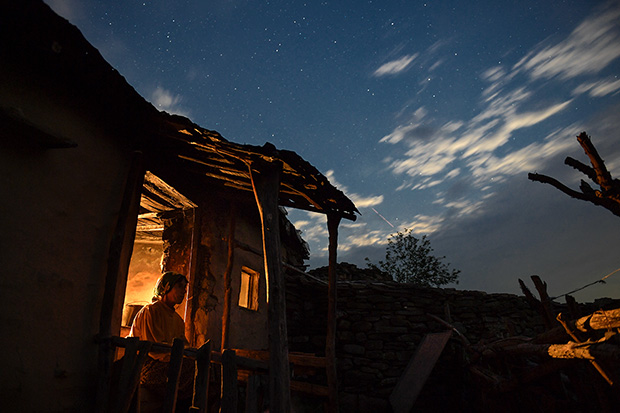 This is a historic event for Macedonian cinematography. For the first time in the history of the Oscars, a documentary film is nominated in two categories. The masterpiece of a documentary that has won countless awards and accolades over the past year and the protagonist Hatidze has become a symbol for raising awareness of nature and ethics and humanity in general, has come to the top of the world film recognition, the Film Agency said Monday after the Academy published that the “Honeymoon”  documentary will compete for both the best documentary film and the best international feature language film.

The “Honeyland” team thanked the The Academy of Motion Pictures Arts and Sciences for nominating the film in the race for the world’s most prestigious film award.

First of all, we would like to thank the members of The Academy of Motion Pictures Arts and Sciences for nominating „Honeyland“ in the race for the most prestigious film award. The woman we met purely by chance in the middle of nowhere, ended up telling a story to the world, an allegory of global significance where humanity and nature struggle to survive with one another. Hatidze and the bees are the prototype for the new genetic material, which is meant to win the battle of the titans where nature fights everything that is destructive and decadent. It brings us great joy to see that critics worldwide, as well as the members of the Academy, have recognized „Honeyland“ as the cry of the planet, which echoes in-between the frames of the film. It makes us happy that they’ve discovered the true measure of man within the greatness of the individual. The general conviction that joy hides in possession has been shaken. And this is the greatest achievement of the film.

It is also the first time in the history of the Oscars that a documentary film has been nominated in two categories, which means that this is not only a success on a historical scale, but it also confirms that the documentary language is entering the era of its genuine appreciation, where it stands side by side with fictional narration, and for its reality it deserves a very special observation. It provokes sincere compassion, which is not to be forgotten after the credits roll.

It has been celebrated by festivals, moviegoers and celebrities alike. But even greater is the change we hope for. The change in each one of us, individually, towards what we long for, our true home – our nature. The film calls for modesty, and when we look at the love in the eyes of the viewers, we strongly believe that the message is recognized, and modesty is the new age, a new journey we will take on in the hope for a better tomorrow.

Once again, we greatly thank the Academy members for calling „Honeyland“ “A material worthy of an Oscar”, the “Honeyland” team wrote on Facebook.