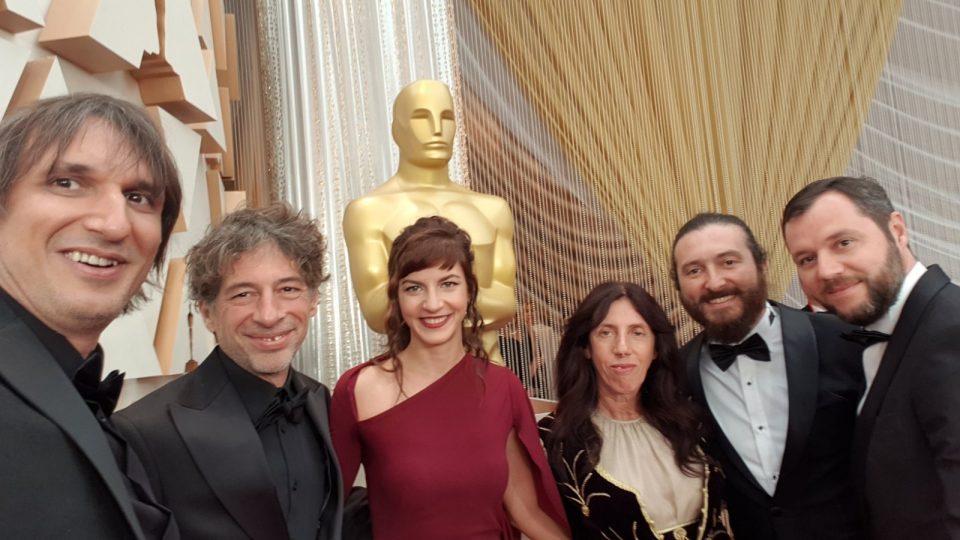 “Even though „Honeyland“ did not win an Oscar, we are well aware of the magnitude of the film, the significance of the message it conveys, the power of endless stories hiding in this country, and of our many talented artists; who know how to convey those stories to the audiences. We are humbled to be nominated along side such great filmmakers with bold stories that speak to people across the globe in the universal language of cinema,” “Honeyland” team said in post on the film’s Facebook page after the Oscars ceremony.

“There was no predicting our film would make history. The history of Macedonia and the history of the Oscar nominations. Honeyland being nominated in both the documentary and international film categories sends a clear message – good storytelling is good storytelling. When we premiered at Sundance over a year ago we had no idea we would come this far, and we thank everyone who believed in our little film and supported us along the way, and we especially thank Neon for believing in the power of the cinema and bold storytelling. Finally, we want to thank our guiding star, Haditze Murtova for allowing us into her beautiful world. Hatizde’s philosophy – take half, leave half – is simple but profound. It’s a message that resonates with audiences of all kinds. We’re proud to be the messengers,” the team said.

The leading character in the documentary, Hatidze Muratova, also send a message from Los Angeles:

Hatidze: My life after the film has changed drastically. I have a new house and everything is getting better and better. I want the audience to learn only one message from the film: as I share with my bees I want all the people to share with each other.