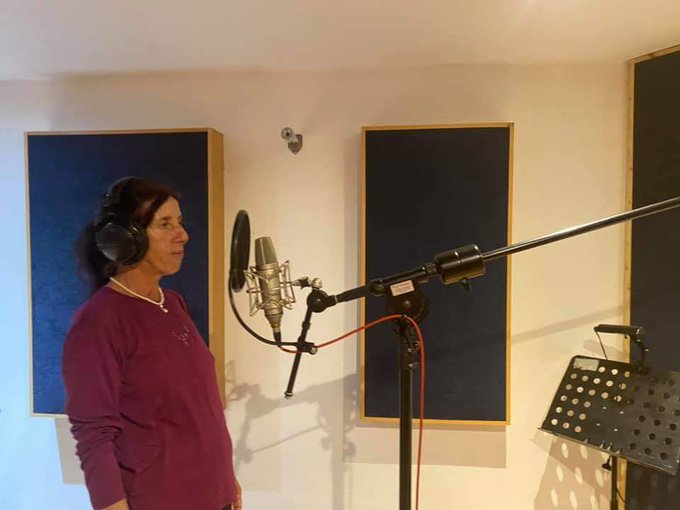 Cinematographer Samir Ljuma informed that the star of the Oscar-nominated “Honeyland” documentary, Hatidze Muratova, recorded her first song. Ljuma shared on Twitter a photo of Muratova from the studio, adding that it is about the song “Pokraj reka Bregalnica”.

In the documentary, Muratova did not hide her love for music. According to Radiomof.mk, she wanted to sing the theme of her first song at the Oscars, if the documentary received the highest recognition.

The news portal also reminds of a video where she sings “Pokraj reka Bregalnica” together with Samir Ljuma.