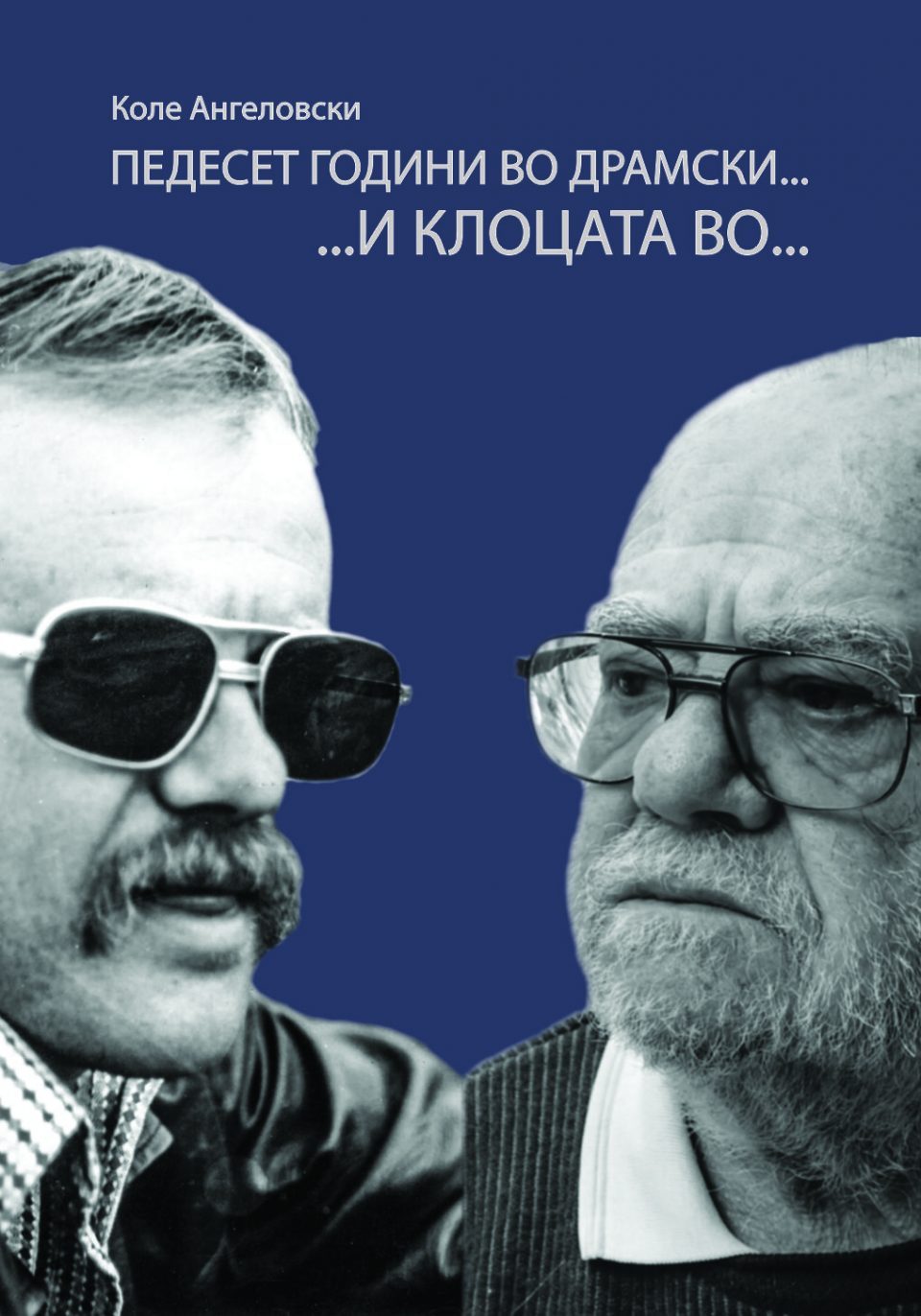 Macedonian actor, playwright and director Kole Angelovski has released a memoir of his 50-year career at the Drama Theater in Skopje.

Titled Fifty years at Dramski, and a Kick in the…, the book is a sincere story of the theater itself, his coworkers, the plays Angelovski directed, and his ups and downs, according to the book’s reviewers Sasho Tasevski and Sveto Stamenov.

“My life at Dramski was, above all else, an enormous love for the theater and the people in it,” Angelovski writes.

It’s a subjective and nostalgic story, Angelovski adds, about directors, actors, electricians, sound technicians, costume designers, makeup artists, cleaning ladies, and doormen; hallways and secret places; the dust and the draft; the conversations, the songs, and the fights.

The memoir also contains some 50 photos of plays directed by Angelovski at the Drama Theater as well as a list of plays he wrote and plays he translated.

The coronavirus situation is completely out of control. The Ministry of Health, the Commission on Infectious Diseases and the competent institutions do not have a solution for the uncontrolled deterioration of the situation. But, that is why they know how to manipulate with the number of new cases with...
Macedonia 04.06.20 | 10:44

Ziberi distances himself from Zaev: Commission on Infectious Diseases hasn’t said whether elections should be held or not

Mucunski: During two and a half months state of emergency, the interim PM has been in quarantine for a month