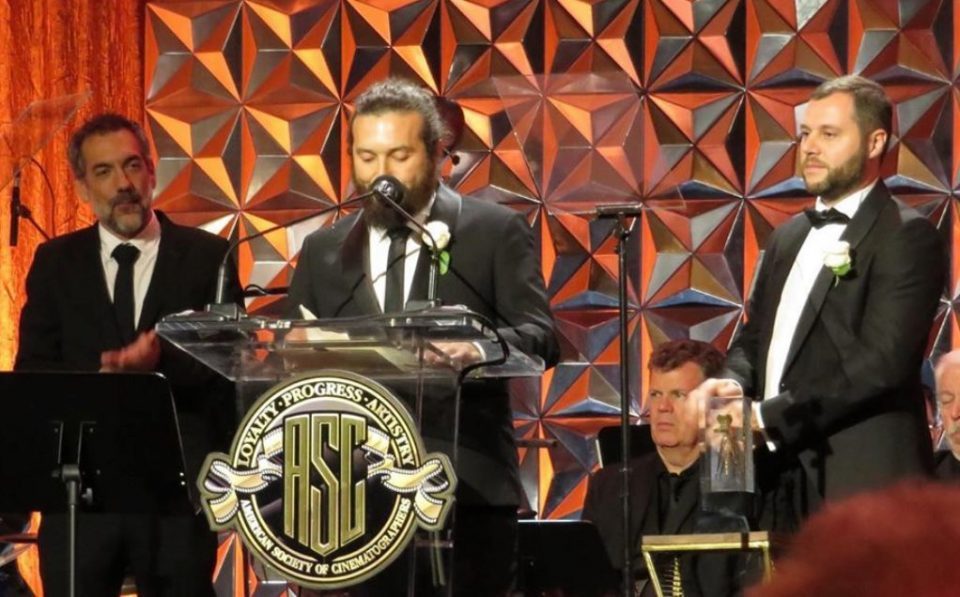 Fejmi Daut and Samir Ljuta who worked on the double Oscar nominee Honeyland, received the American Society of Cinematographers award ASC documentary award which was presented to them by Todd Phillips, the director of Joker. Daut and Ljuma both made a shout out Macedonia, while receiving the award.

It is a very strange to be part of all this ceremony, for a first time somebody from Macedonia to be a part of this kind of ceremony. We so appreciate that this could happen in our lives, said Daut.

Ljuma pointed to the fact that Macedonia hosts the iconic festival of cinematography, the Manaki Film Festival.

To be here with the best of the best, what an honor. We are from Macedonia, the country that has the oldest cinematographers’ festival, the Manaki Brothers. This year will be the 42nd edition, said Ljuma.

The Honeyland crew is in Hollywood for the Oscars, where their movie is nominated as the best documentary and best international feature.