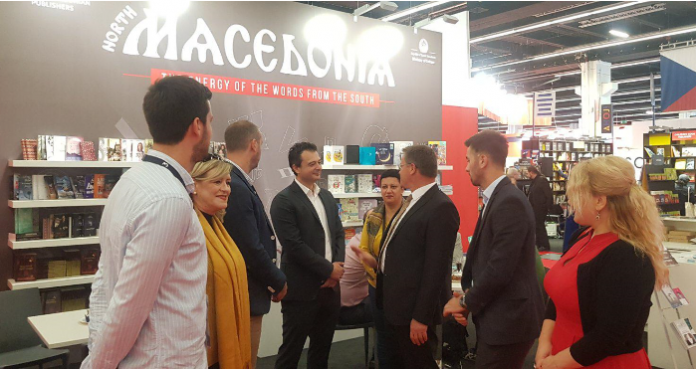 A Macedonian Day was held at the Frankfurt Book Fair Thursday, including readings by Macedonian and foreign authors and meetings between Frankfurt and Leipzig fair representatives and Culture Minister Husni Ismaili, the Macedonian Publishers Association writes.

“A special guest at the event was Luxembourgish author Jean Back, winner of the 2010 European Literature Prize, whose book Amateur was published in Macedonian as part of Ars Lamina’s Walk Through Europe book series,” the association said.

Contemporary Macedonian literature is being showcased at the 71st Frankfurt Book Fair under the motto “Ideas That Move the World” from Oct. 16 to 20.

Around a hundred Macedonian authors are represented, published by some 20 publishers in North Macedonia.

The latest leaked audio conversation proves that Macedonia is ruled by a mafia family, that orders the torching of cars of opposition activists, and decides who gets to do business with cannabis, said VMRO-DPMNE spokesman Dimitar Arsovski, after the shocking leak that came out yesterday. In it, a mobster...
Macedonia 05.07.20 | 10:52