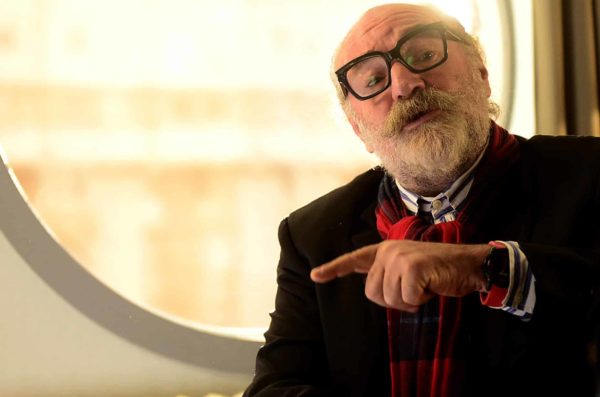 Macedonians in Slovenia refuse to accept the forced apology from Gorjan Tozija, the head of the Macedonian Film Association and announced they will push further to EU institutions, demanding his resignation. Tozija has made a long list of highly insulting comments aimed at leading conservative politicians in Croatia and Slovenia, which prompted a reaction from both Governments. He especially deeply insulted Croatia, calling it a fascist country, while called Slovenian Prime Minister Janez Jansa – a criminal.

After much back and forth, Tozija eventually gave a qualified apology last week, but also claimed that his comments were taken out of context or implying ulterior motives to those calling on him to explain his Facebook rants, given his high position in the Macedonian Government.

My public apology is a moral but also a friendly gesture and I offer a hand to overcome any misunderstandings. I feel the need to explain that the attacks on me are based on spinned comments that are made in a very different context and apparently originate from a well organized machinery that works tirelessly to tarnish my person and work, Tozija said in his sort-of apology.

In response, the initiative Association of Macedonian – Slovenian friendship said that Tozija’s response falls far short of an apology.

To the extent this response can be called an apology toward the Republic of Croatia, for us, Macedonians in Slovenia, it is fully inadequate. His answer, which alleges media spin, is not directed at Mr. Janez Jansa and does not treat the insults aimed at him. Given the persistent silence on the part of the Government of the Republic of Macedonia on this matter, we have informed the Slovenian members of the European Parliament of the matter and have also informed the EACEA audio-visual agency, EU-DG Just and the EEAS European external service. We have asked the members of the European Parliament to also notify Commission President Ursula von der Leyen and Commissioner Oliver Varhelyi of the manipulations of the Macedonian Government and this enduring shame, the association said in its press release.

Orban: Europe is fortunate to be led by Jansa as divisions grow between the member states

Slovenian Prime Minister Jansa warns of a new, autumn wave, if the vaccination rate is not increased