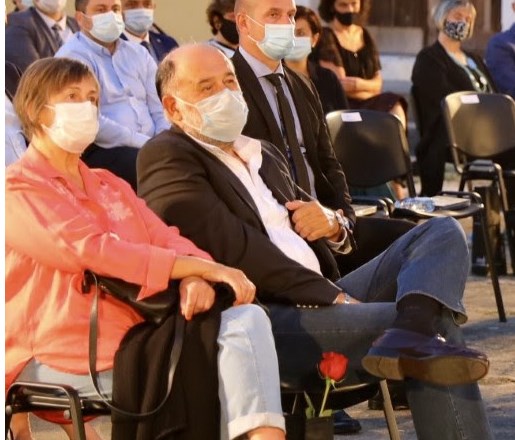 Director and screenwriter Stole Popov is the laureate of the “Big Star of Macedonian Film” award and Polish-American cinematographer Janusz Kaminski is the recipient of the life achievement award “Golden Camera 300” at the 41st International cinematographers’ Film Festival “Manaki Brothers “.

Stole Popov said in his reception speech that he has received many awards, but the best are the ones by the audiences and the colleagues.

Janusz Kaminski said in a video message that the innovation and authenticity of the Manaki brothers motivate him to come to Bitola as soon as possible to personally take the award, expecting this to happen this time next year.

He congratulated the laureates and wished them many more projects.

Days spent in lockdown reminded us on the significance that moving pictures have in our lives. They were one of our activities during this time, be it on TV or PCs, providing vivacity and sense to our daily lives, noted Pendarovski.