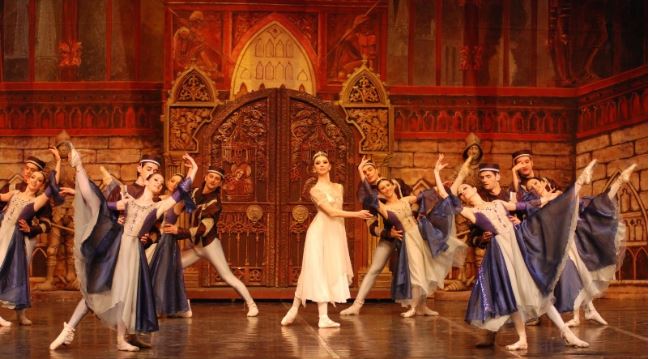 MOB’s principal dancers Marija Kichevska-Shokarovska and Vasil Chichiashvili will appear in the leading roles of Raymonda and her fiancé. They will be joined by Davide Buffone as Abderakhman and Natasha Josifovska as the White Lady.

The ballet is choreographed by Victor Yaremenko from Ukraine and conducted by Eduard Ambarzumjan from Russia.

Raymonda is the first ballet by Glazunov (1865-1936), considered the major Russian symphonic composer of the generation that followed Tchaikovsky.

The ballet in three acts premiered at the Imperial Mariinsky Theatre in Saint Petersburg, Russia, in 1898.