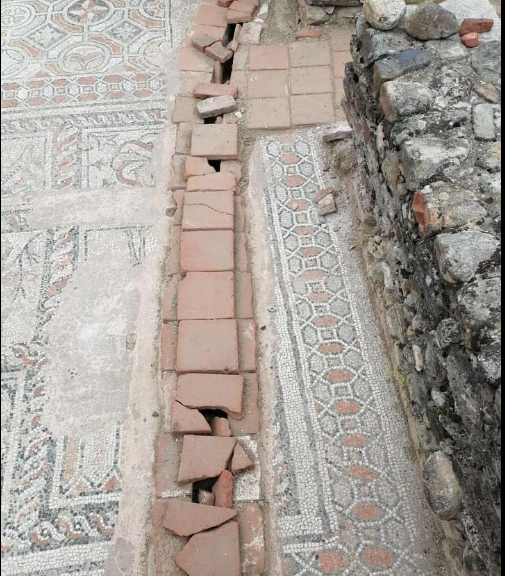 The VMRO-DPMNE branch in Bitola called for an investigation into the local museum director Meri Stojanova, who hired her own son to excavate at the ancient Heraclea Lyncestis site. The crew was not skilled for the job and caused damage to a priceless mosaic.

Director Meri Stojanova hired her son and several of his friends to work on uncovering the mosaics in Heraclea. This was done without expert supervision and without planning. They literally dug into the mosaics and, as you can see in the footage, significant portions of the mosaics are badly damaged, the party branch said in a statement.

They said that they will inform the Pan-European cultural heritage association Europa Nostra about the damage that was caused to the site.