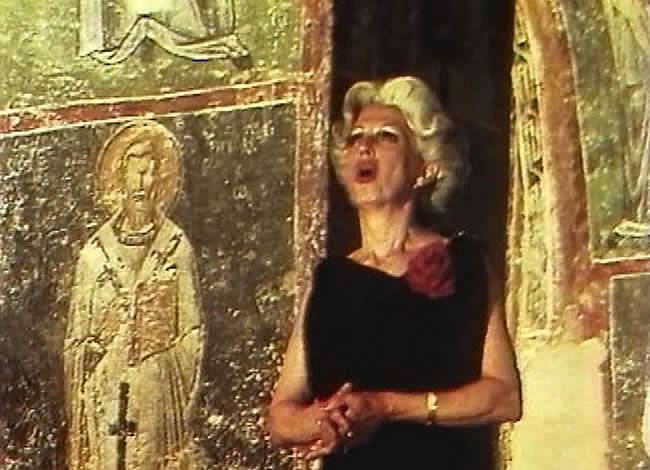 Along with a number of local performers, some 300 music artists from 19 countries will perform at the 60th Ohrid Summer festival scheduled for August 4 to 30, organizers told a news conference Thursday.

We’re especially proud to have been able to prioritize our Macedonian artists, orchestras, and theater troupes this year, Ohrid Summer director Natasha Popovikj said, adding that the festival has been one of the greatest promoters of Macedonian art, Macedonian composers and performers, while also being “a stage for our theater houses’ best plays.”

This year’s Ohrid Summer will open with “Vocal Pearls: In the Footsteps of Ana Lipsha,” a concert in tribute to the festival’s founder, opera primadonna Ana Lipsha Tofovikj.

The concert of famous songs for voice and piano will be held at the Ancient Theater on Aug. 4.

Performing the arias will be Marija Jelić (soprano), Dario Di Vietri (tenor), Ivan Tomashev (bass), and Amanda Stojović (mezzo-soprano). They will be accompanied on piano by Milivoje Velić.

Open-air performances will take place at the Ancient Theater, at Dolni Saraj, and in front of Ohrid’s St. Sofija church.

I’ve invited the best and the bravest to travel from many parts of the world, even across the ocean, on a single mission: to rescue arts and culture, and celebrate them, during these strange times, Stojanova noted.

Ohrid Summer drama programming director Aleksandar Popovski, in a video recorded for the press conference, drew attention to the importance of arts despite the coronavirus crisis.

“It’s easy to give up,” Popovski said. “It’s much harder to do what we’re about to do.”

“As circumstances have changed, we’ve tried to follow along and do the best we can within these protocols,” he added, explaining why only local theater troupes will perform at the festival.

Ohrid Summer is held under the auspices of the President of Macedonia and with the support of the Ministry of Culture, the Municipality of Ohrid, and numerous corporate sponsorships.