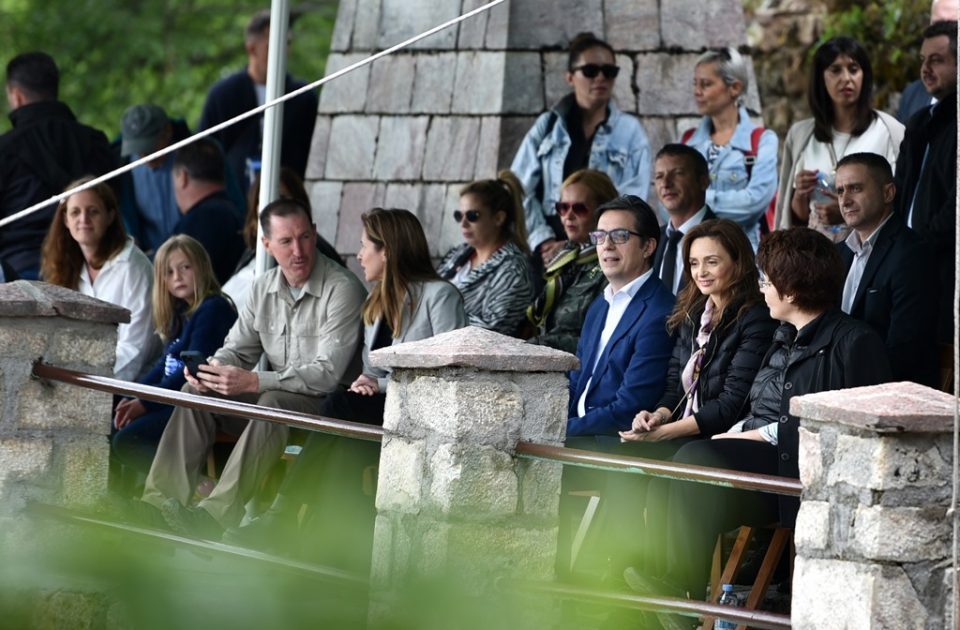 President Stevo Pendarovski and his wife Elizabeta Gjorgievska attended on Sunday the 47th Galicnik Wedding Festival, which is held under his auspices. During the weekend, the traditional wedding customs and rituals were held, which abound with authentic costumes, original songs and dances, characteristic of the Mijak folklore. 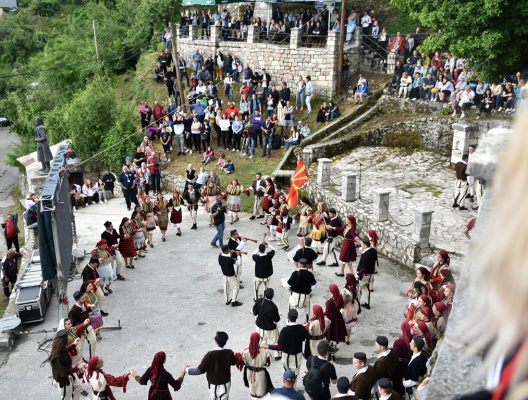 Congratulating the marriage of this year’s newlyweds, Katerina Ilievska and Filip Bundovski, who is originally from Galicnik, President Pendarovski and his wife presented them with a “Galicnik pafta” with a motif of Galicnik costume and wished them a long and harmonious life filled with lots of love and harmony, health and happiness. 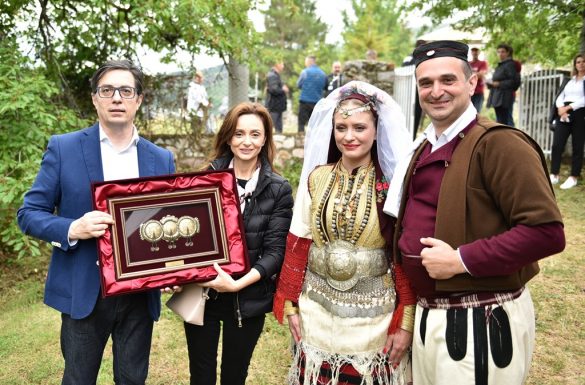 The Galicnik wedding festival contributes to nurturing the unique wedding customs and rituals of the inhabitants of this area, to preserve the original songs, dances, and the well-known Galichik costume.

The official start of this year’s Galichik wedding was marked yesterday with the hoisting of the wedding flag and the symbolic act of “firing three rifles” from the groom’s house, and the ceremony ended today with the farewell to the Majovci gang (the drummers and zurla players).