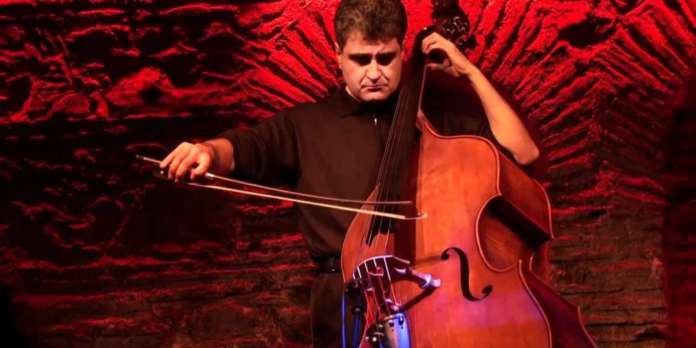 French composer and upright bassist Renaud García-Fons, performing as a soloist with the Philharmonic on Thursday at 8 pm, is expected to premiere his new piece composed especially for the Skopje concert, titled Melodija.

Conducting the Philharmonic will be its principal horn player Dzhijan Emin.

“The Paganini of the double bass,” as García-Fons has been called⁠—joining the ranks of other acclaimed virtuoso bass players before him⁠—will perform his compositions at the concert in addition to two orchestral suites distilled from Maurice Ravel’s ballet Daphnis et Chloé.

Premiering in Paris on June 8, 1912, Daphnis et Chloé is the longest work by French composer, pianist, and conductor Ravel, who is associated with impressionism and best known for his Boléro (1928).

García-Fons (b. 1962, near Paris) was born to Catalan parents and started studying music at an early age. After taking piano lessons, learning to play the classical guitar, and experimenting with rock music, he finally settled for the upright bass at 16. He was formally trained at the Paris Conservatory, where François Rabbath taught him his unique technique of playing arco.

García-Fons’s latest work is the album “Farangi (Du baroque à l’Orient),” which he recorded with French lute player and music teacher Claire Antonini. The album was released in April 2019.