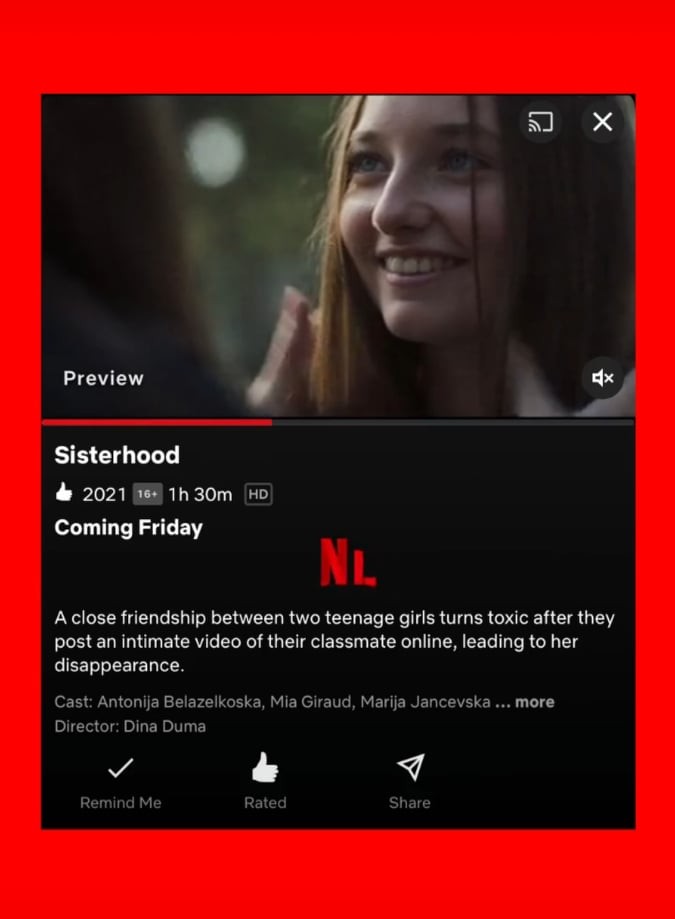 As of Friday, we will be able to watch the Macedonian film “Sisterhood” on Netflix.

The success of the film “Sisterhood”, in addition to the numerous awards and festivals, as the biggest indicator may be the fact that it will be shown on Netflix.

The trailer for the film is already on Netflix, and it has been announced for Friday when we will be able to officially watch it on this platform.

This is the first Macedonian film to be shown on Netflix.