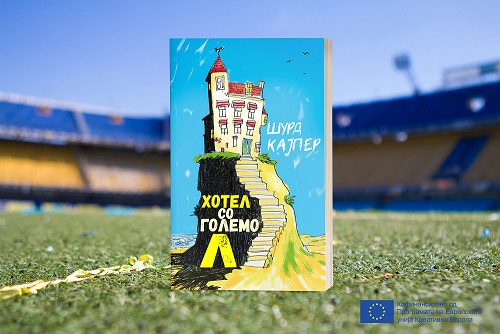 Eli Pujovska translated the youth book from Macedonian into Dutch. It’s included in the “It’s Time for a Book” edition, supported by the European Union and the Ministry of Culture as part of the Creative Europe project.

The book, which tells the story of Kos, a 13-year old boy, has been translated into 15 languages. It has been hailed by critics as having a fresh approach with messages of freedom and equality, anti-racism and protection of human rights serving as a backdrop.

Born in 1952, Sjoerd Kuyper is an award-winning, prolific Dutch writer of adult, children’s and youth books, theatre, TV series, film scripts and lyrics. In 2012 he was awarded the Theo Thijssen Prijs for his entire oeuvre and in 2014 he was appointed Officier in de Orde van Oranje-Nassau for his merits in Dutch literature at home and abroad.