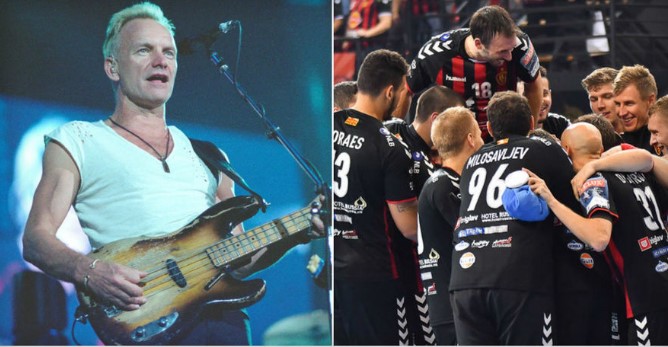 Sting will postpone his concert in Skopje by a few hours, to allow his fans to follow the handball Champions League final in Cologne.

Vardar fans are hoping the team makes it all the way to the June 2nd final, and the event clashes with the planned Sting concert, but the British star was willing to perform later.

Organizers are now planning to have Vlatko Stefanovski begin the pre-show at 20:30, while Sting will perform at 22:00. The handball game begins at 18 and that should leave enough time for Vardar fans to watch the game and make it to the Philip II stadium to see Sting.

First things first, though, as Vardar plays against Barcelona in the first semi-finals game this Saturday.

Car fished out of the Vardar river