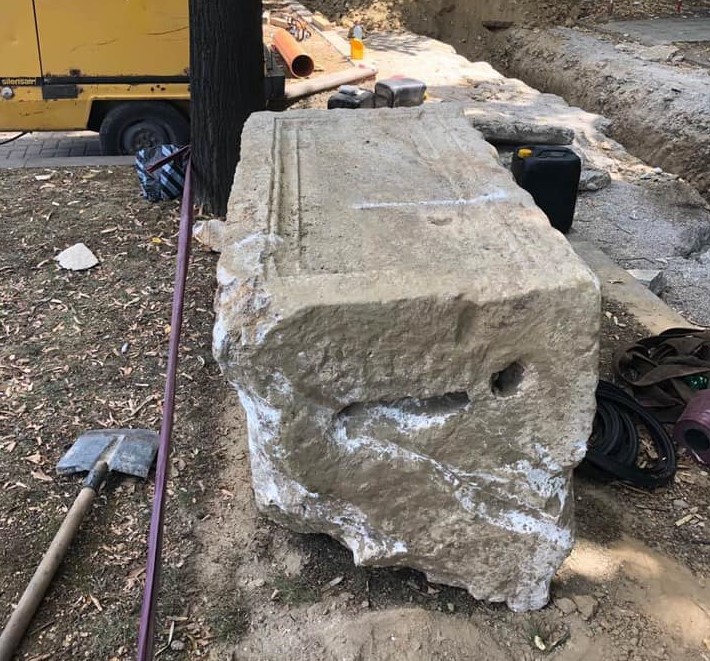 Experts have blasted the way a 2AD Roman era sacrophagus, which was recently uncovered during road work in Skopje’s Karpos area, was dug up. Instead of using a skilled team with tools that would minimize damage to the valuable artifact, the construction workers were told to use their digging machinery.

Although the discovery was made on a broad pedestrian walkway, which could endure more serious excavations without impeding traffic, as soon as the sarcophagus was removed the site was buried again.

Besides criticism about the way the artifact was treated, the find sparked a lot of snark on the social media, given a recent statement from Prime Minister Zoran Zaev, that Macedonia was stealing the history from its neighboring countries. Many jokingly asked that the sarcophagus is returned to Greece, which lays claim to the entire ancient history of Macedonia, others proposed it is given to Italy, since it’s from the Roman period.

This part of the capital is near the core of the ancient city of Skupi, which was abandoned after a devastating earthquake in the 6th century. Similar finds are relatively common in the area of Skupi.