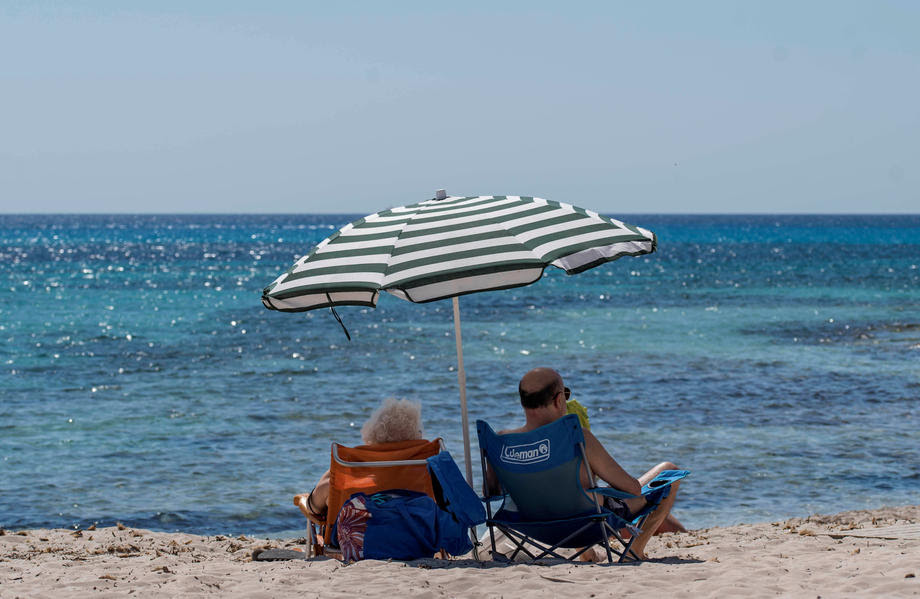 epa08500236 People enjoy a sunny day at Punta Prima beach, in Menorca, Balearic Islands, Spain, 21 June 2020. Spain is entering into what is dubbed the 'new normality' after a total of 98 days of lockdown and emergency measures in a bid to curb the pandemic of the the SARS-CoV-2 coronavirus that causes the COVID-19 disease. EPA-EFE/David Arquimbau Sintes

In 2019, 29% of residents of EU Member States aged 16 or over were unable to afford paying for an annual one-week holiday away from home, according to Eurostat.

In Macedonia in 2018, when latest data is available from Eurostat, 57.7% of the country’s population were unable to afford for an annual one-week holiday. This share has decreased since 2010, when 74.2% could not afford to take a week holiday.

In Europe, too, this share has gradually decreased since 2010, when 39% of Europeans could not afford to take a week holidaying away from their home.

Among EU Member States, Romania recorded the highest share of individuals in this situation, with the majority of Romanians (54%) being unable to afford a one-week annual holiday in 2019. Residents of Greece came second, with 49% not being able to take a one-week holiday away from home, followed by Croatia (48%), Cyprus (45%) and Italy (44%).

In contrast, at the lower-end of the scale, only 10% of people in Sweden were unable to afford a one-week annual holiday, followed by Denmark and Luxembourg (both 11%), Finland (12%), Germany and Austria (both 13%).

Compared with 2010, the percentage of people who were unable to afford a one-week holiday away from home each year declined across all Member States, with the exception of Italy and Greece where it increased 4 percentage points (pp) and 3 pp respectively. The largest declines were recorded in Latvia (-35 pp), Malta (-30 pp), Bulgaria and Poland (both -27 pp) and Estonia (-26 pp).

As of May 14, Macedonians to be allowed to travel to Greece by presenting a proof of vaccination or negative PCR test result