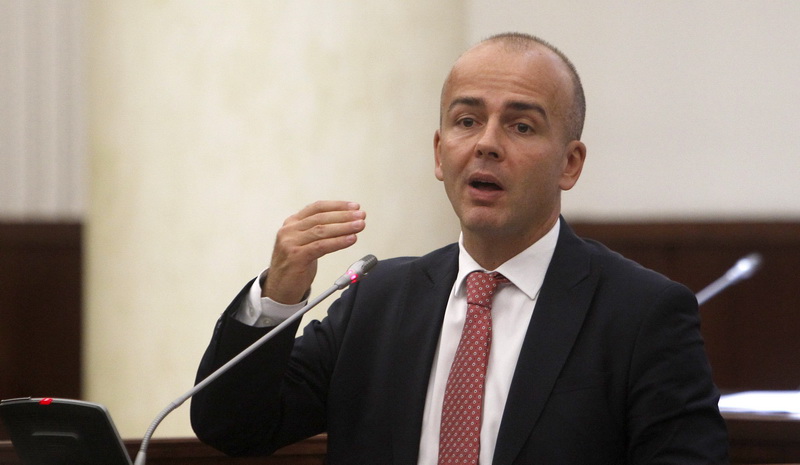 The SDSM leftist wing responded to the announcement from newly appointed Finance Minister Nina Angelovska that the Government is suspending its progressive taxation scheme for three years with outrage.

Before the SDSM members of Parliament vote on this, maybe consider whether they want to erase the words Social-Democratic from the party name. Especially when it comes from people who have nothing to do with SDSM, wrote the former Finance Minister Dragan Tevdovski, who was replaced by Zaev earlier this year. Zaev initially wanted to take over the powerful Ministry himself, but after he was informed it is illegal, he opted for the young online sales entrepreneur Angelovska. Tevdovski didn’t mention whether the party should also drop or modify the M, given its push to rename Macedonia.

Let’s make one thing clear. The decision to “postpone” the progressive taxation gives between 30 and 40 million EUR to the richest 1 percent in this country. Not to the poor, not to the workers, not to the farmers or the young but to the likes of Zaev, Koco (Angusev), Nina, Kamcev and Mijalkov. But, it makes sense that a Government led by the rich cares for the rich and not the poor, Jovanovic said.

On the part of the opposition, the Finance Committee of VMRO-DPMNE issued a press release blaming Zaev of toying with the economy. It was VMRO-DPMNE which introduced the flat 10 percent tax rate in 2006, which is now being re-introduced by Zaev, after his failed leftist experiment.

We see that basic societal functions such as paying the public sector salaries, the welfare transfers, funding the public healthcare, education and infrastructure investments is endangered because the budget of the Republic of Macedonia is not receiving the necessary planned inflows. The state was collecting taxes under a higher rate even though they knew its a misplaced policy. Who is going to reimburse the people now? Hundreds of experts were tasked with preparing this fiasco. Awards were given for its successful implementation. These resources could’ve been used to fight tax evasion and further simplifying the tax code, the VMRO-DPMNE Committee said in its press release.

The conservative opposition party has calculated that the public debt has increased b 105 million EUR over the past three months, a development which it attributed partly to Zaev’s tax hike which “led numerous individuals and businesses to transfer to other countries to avoid the higher taxation rate”.

Companies hit by the coronavirus ask for tax exemptions

In a TV interview, Zaev publicly endorses tax evasion, calls it “not illegal”