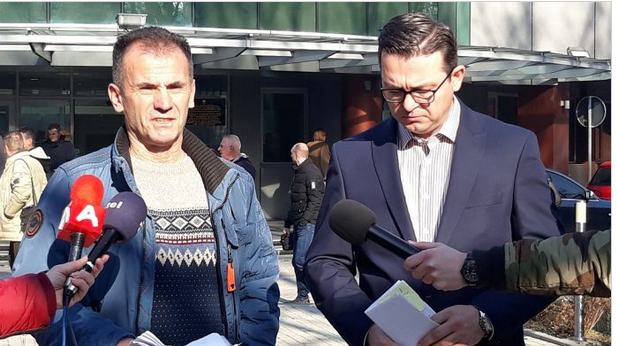 A farmer from Aracinovo, Ekrem Jaji has waited three years to be transferred funds for his fruit plantation that was completely destroyed during the catastrophic flood in 2016. Although he duly reported it, he has complete documentation backed up by a report from the State Agriculture Inspectorate that determined the damage, but the money did not reach him.

He thinks he has been manipulated because for three years the Paying Agency, the Ministry of Agriculture, even says that the office of then Prime Minister Zoran Zaev were shifting responsibilities.

I was even manipulated on a party basis, demanding that I have a membership card in the Social Democratic Union. The compensation I should get is over 10,000 euros, said Ekrem Jaji outside the Ministry of Agriculture.

The case of delayed payment was personally pledged to be investigated by Deputy Agriculture Minister Cvetan Tripunovski. He said he encouraged Ekrem, but everyone else, to come to the ministry, assuring that they could see a protector who is not interested in political or religious affiliation.

The documentation is complete, even backed up by a report from the State Agriculture Inspectorate which states that the fruit plantation has indeed been destroyed. The money should have reached Ekram. If anyone else took them, I will additionally inform about it, said Tripunovski.