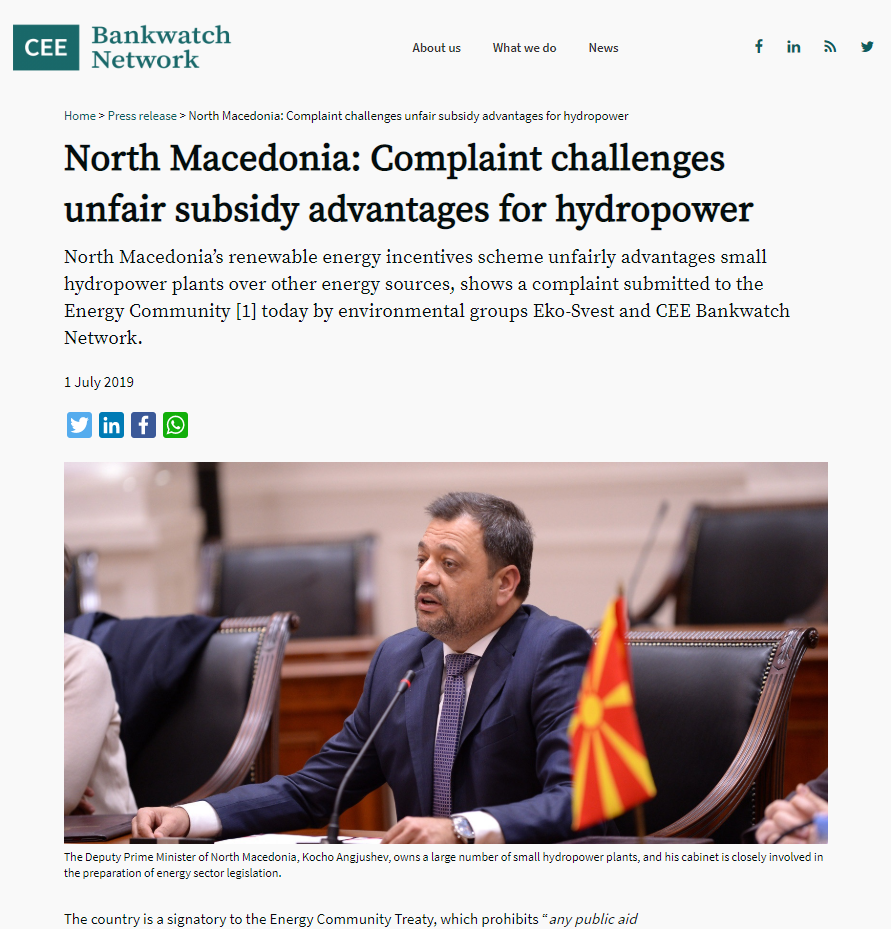 The Deputy Prime Minister of North Macedonia, Koco Angjusev, owns a large number of small hydropower plants, and his cabinet is closely involved in the preparation of energy sector legislation. So the Government’s decision to give preferential subsidies to small hydropower looks suspicious, said Davor Pehchevski of Eko-Svest.

Bankwatch recently received Goldman’s award for its activism that prevented the construction of the planned hydropower plants in the Mavrovo national park, for which the environmental group accused of endangering the survival of the Macedonian lynx.

Even the Government welcomed the award of the activist Ana Cholovic-Leshoska, who contributed to preventing the financing of this project by the European Bank for Reconstruction and Development.