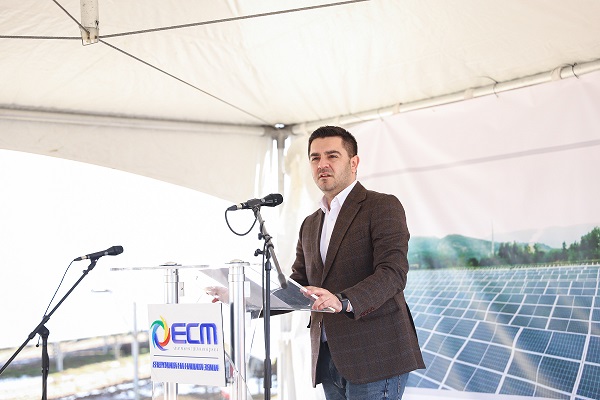 This is the first energy transition of coal-fired power into clean energy in the region.

This photovoltaic power plant during the energy crisis will provide energy from domestic production for 2,800 households in Kicevo and the region, ie the total annual production will be from 15 to 17 gigawatt hours of electricity, said Minister Bekteshi.

Among other things, Minister Bekteshi stressed that the Government is committed to developing policies that will contribute to the energy transition.

We are fully committed to developing policies that will contribute to the energy transition, through new investments in renewable energy sources and fostering energy efficiency. Only through the energy transition can we boost environmental protection, said Minister Bekteshi.

Minister Bekteshi also announced that after ten years we will completely switch to the production of electricity from renewable sources, ie coal production will stop.