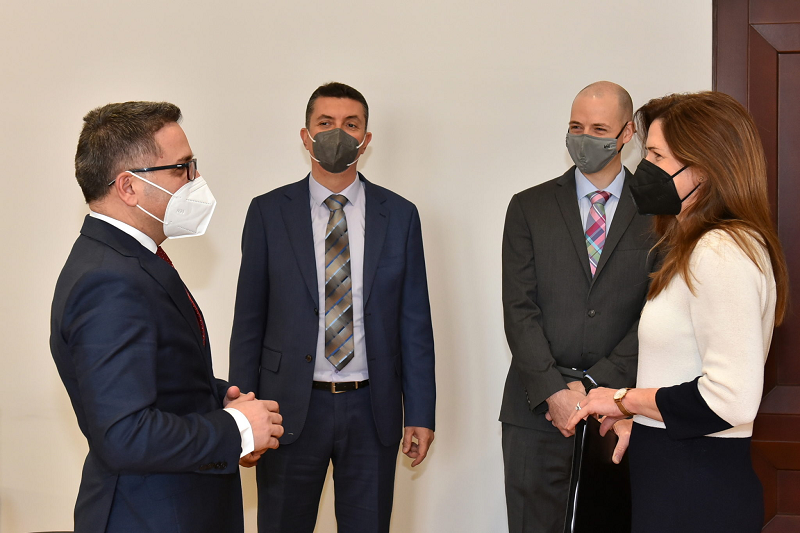 Finance Minister Fatmir Besimi met Wednesday with the US Ambassador Kate Marie Byrnes and discussed ways of deepening the economic cooperation between the Republic of Macedonia and the United States of America, the economic consequences of the Russian-Ukrainian war, as well as current infrastructure projects.

the Ministry of Finance added that at the meeting Minister Besimi informed about the budget law.

The Government, as before, will act as responsibly as possible and in the best interest for the protection of the domestic economy and the financial condition of the citizens. We are closely following the developments and developing appropriate scenarios for possible outcomes, Besimi said.

He also informed the ambassador about the set of measures that will be implemented in the coming period in order to improve the standard of the population and the competitiveness of the domestic economy.

Minister Besimi expressed his gratitude to the US Government for its continued support to our Government in implementing activities aimed at economic growth and stability, as well as strengthening the democratic practices of the institutions.

Ambassador Byrnes reaffirmed her commitment to further US support as a strategic partnership and said that the rule of law and the fight against corruption will be key factors in improving the business climate and achieving strategic goals for faster, sustainable and inclusive growth. 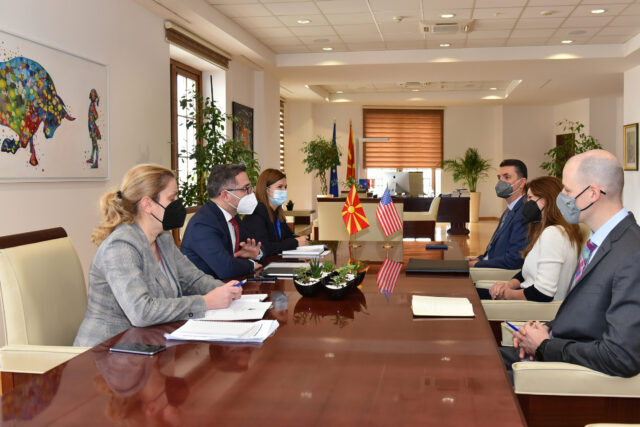