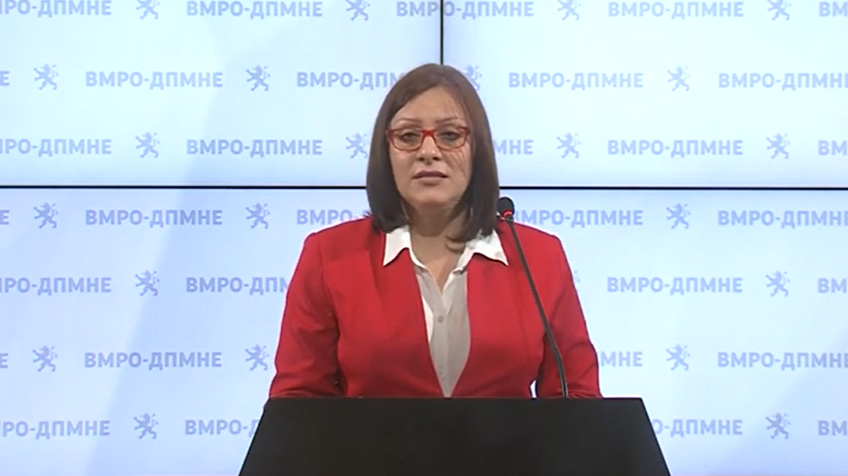 The collapse of Eurostandard Bank is another major failure of the current government and a serious blow to the banking and financial sector, VMRO-DPMNE said on Wednesday.

As the President of the Commission for material financial operations of VMRO-DPMNE, Gordana Dimitrieska Kocoska, pointed out, after the announcement of the closure of Eurostandard Bank, the question arises whether a new octopus and TAT part two are happening in Macedonia.

Let’s be clear.Amid the coronavirus crisis the country becomes an infamous record holder in two things: first, we became the only country that in the midst of economic and coronavirus crisis increased the price of electricity and second, we became the only country that in such negative conditions see a bank collapse. This directly and indirectly affects a huge number of retirees who receive their pension payments through the bank’s services, people who receive salaries, and businesses that have used the bank’s services. The closure of the bank brings the payments to 55 thousand citizens into question, out of which over 35 thousand pensioners and almost 20 thousand recipients of social welfare, said Dimitrieska Kocoska.