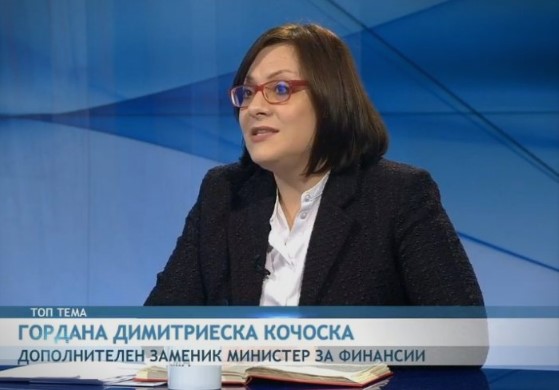 The Government was late in adopting measures that would help the economy as it faces a major drop due to the coronavirus epidemic, said interim Deputy Finance Minister Gordana Dimtirieska – Kocoska, who is appointed in the finance department by the opposition VMRO-DPMNE party. She also strongly opposed the proposal to reduce spending by significantly cutting public sector wages.

So far we have a set of measures that would help tourism, hospitality and transportation industries, but not subsidizing them but merely a break from paying some of the taxes over three months. And we are yet to see if the break will mean a full break, Dimitrieska said during a TV appearance. For weeks VMRO-DPMNE has been proposing far more robust measures to support the private sector, by covering half the salary of companies in the worst hit industries, but the SDSM led Government has dragged its heels on this.

Finally SDSM came out with a big proposal of its own, but of a much different kind – cutting public sector salaries to the minimum wage for two months. The proposal was quickly rejected by VMRO-DPMNE and even SDSM party leader Zoran Zaev, who announced it, says he has second thoughts.

We need to stimulate spending, we need spending, but with this proposal we won’t have any. We need quick money that will support liquidity and we mustn’t do anything that would adversely affect spending even more. This is why we say that now is not the time to cut spending. We are the only country even considering this, Dimitrieska said.