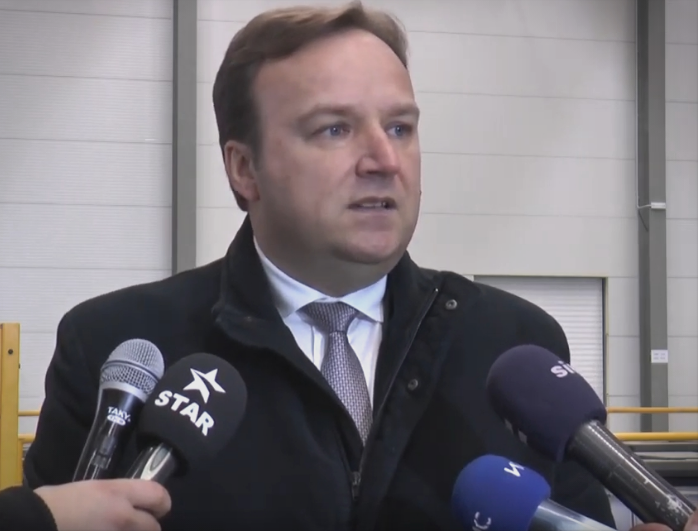 To the great delight of all the residents of the Municipality of Probistip today we are witnessing the commencement of operation of the new Cranfield Foundry plant. This investment in the Republic of Macedonia came in 2014, the first agreement for its investment in our country and in Probistip was with the previous government in 2015, said VMRO-DPMNE MP Emil Dimitriev and former interim prime minister.

To encourage them to locate the investment in Probistip, the previous government decided to build an industrial zone with complete infrastructure, through the government we obliged the state-owned company MEPSO to provide electricity because the type of investment required a huge amount of electricity. Through the Rural Development Program we have approved funds to the municipality for water supply and sewage, and in one way it was the motive to help locate this investment in Probistip in the eastern part of the Republic of Macedonia, because in situations where you have built industrial zones in much more attractive locations it was harder to get an investor in this area, Dimitriev said.

He added that in 2016, when laying the foundation stone, they had a meeting with other potential investors who were interested in investing in the area, but unfortunately that was never realized.

VMRO: Zaev’s new Government concedes there will be no new major foreign investments